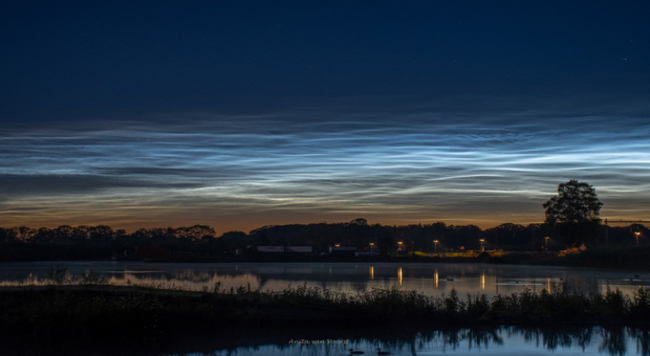 Predicting the future is a risky and often thankless exercise. Opinion polls are hardly a measure of certainty. Look at the swings in Germany, where federal elections are due this September. It’s not at all clear who will succeed Angela Merkel as chancellor. Maybe the recent floods and high casualties will revive the fortunes of the Greens. Next door in France, President Emmanuel Macron is struggling to get his re-election machine off the ground. We don’t know what’s going to happen in Northern Ireland, where the Good Friday Agreement forged in April 1998, which ended decades of terrible sectarian violence, is being undermined by the British government. Nor do we know if the Polish government will give up its persistent attacks on the rule of law, one of the fundamental principles of the EU.

In neighboring Belarus, for almost a year, against all the odds, citizens have been trying to defend the rule of law and basic freedoms. The authorities have all but destroyed the independent media and civil society. The prisons are filled with young and old people from all walks of life. The outcome is so difficult to predict. But one thing is certain : Alexander Lukashenko’s regime has lost all legitimacy.

Even within the EU, several member states are investing huge political energy in challenging essential freedoms including independent courts, an independent media and the basic tenets of the rule of law. That could not have been predicted back in 2004, when Eastern and Central European countries joined the EU. There are other unpredictables. Will Europe—indeed will other parts of the world—finally conquer coronavirus ? And how are the EU and the United States going to deal with the increasing cyber attacks and online mis- and disinformation from China, Russia, and Iran ? They not only rattle democracies, but also create uncertainty, a measure of helplessness among sections of the population, and questions about the durability of Western democracy to defend its principles against authoritarian regimes.

Against this complex background, the EU faces three immense challenges. The first is reconciling short-term and long-term aspirations and interests. The second is explaining to citizens that the status quo is not permanently defensible. The third is debunking inevitability. The EU’s geo-economic and geopolitical agenda is based on curbing climate change, becoming carbon neutral, and speeding ahead with digitalization. These are ambitious long-term goals. Implementing and realizing them runs counter to several member states’ governments. Whether it’s the car industry in Germany, the coal mining sector in Poland, or the energy mix in France, politicians put short-term gains before long-term benefits. That’s why the election program of Germany’s Greens is novel. It doesn’t shy away from dealing with the long term, in particular the financial cost of combating climate change. It wants an alliance with industry to implement radical changes in the way economies are structured. Inevitably, the individual’s lifestyle will be affected. This is the second challenge. Curbing climate change, transitioning to carbon neutrality, and pushing ahead with digitalization is disruptive. Measures to deal with all three have a fundamental impact on work practices, on how homes are insulated, how garbage is recycled, how public spaces are built, how food chains and agriculture are organized. So little that is today taken for granted can escape the task of dealing with the climate crisis. Climate change is non-discriminatory. Its reach is intrusive. Its impact is catastrophic. That is why, if Europe wants to be a global champion in dealing with climate change, leaders across the board—businesses, civil society, workplaces, educational institutions—have to explain to their publics why the current status quo is not defensible. Lifestyles will have to change if the planet is to recover from the current levels of human-made degradation and destruction. And so to the third challenge that concerns inevitability. To assume that the climate has been so badly damaged that it’s too late to “fix” it, or that sections of the public are in denial about the dangers of climate change, reinforces a kind of inevitability. Inevitability has a dark, insidious aspect, as Europe witnessed between 1938 and 1945. It replaces, at best, responsibility with indifference, at worst, with connivance and betrayal. Given the immense challenges Europeans—and the rest of the world—face today, inevitability needs to be debunked.