The Coronavirus Is a Test for the West 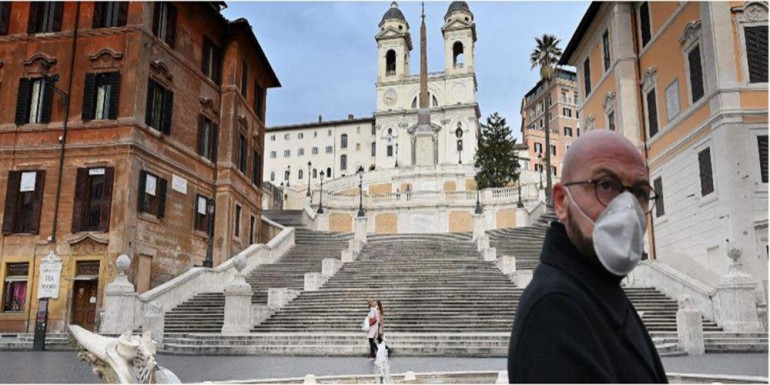 Well, it has taken the first road now after European governments saw what happened in Italy. As a result, most of Europe is now in shutdown. French President Emmanuel Macron has put France on what he calls a war footing in order to fight the virus. Depending on where you live, some people believe the measures adopted by their governments are legitimate. Others—some of my Berlin neighbors for example (and, by the way, two of them are doctors)—believe the reactions are over-exaggerated. Forget the fact that thousands across Europe have already died. And don’t even think about how poor countries will cope. The instruction “wash your hands with soap as often as possible” is a luxury for some populations.

This virus, so well explained in the Economist, knows no bounds. But as the magazine pointed out, the West should have been prepared, particularly after the SARS virus that swept across parts of Asia in 2003. The reaction by Singapore and South Korea to the coronavirus showed what they had learned from SARS. They had strengthened their health infrastructure and medical training to cope with any future virus outbreak. And when it broke out, the authorities kept the public informed. Resilience kicked in. Resilience was one of those buzzwords used by the EU and NATO after Russia’s illegal annexation of Crimea and its invasion of eastern Ukraine in 2014. Following the Russian aggression, the Europeans and NATO allies decided to adopt resilience measures.

It really didn’t amount to much in substance. The energy sector did become a bit more diversified—although German Chancellor Angela Merkel has stubbornly stuck to the Nord Stream 2 project, which will make Germany permanently dependent on Russian gas—but Europe as a whole didn’t become much more resilient. NATO members have increased their defense spending and improved on the slow modernization of their armed forces, but duplication still exists across the armaments sector, and inside the alliance there is fierce competition instead of cooperation over what military hardware to purchase. Intelligence sharing is lacking and democracies continue to be vulnerable to cyber attacks, fake news, and populist movements that mock cooperation and solidarity. For all the talk about resilience, it has not created real momentum for cooperation or preparedness among EU and NATO members. If anything, the example of refugees fleeing the war in Syria or migrants wishing to reach Europe to start a new life has shown a resilience in Europe, but a negative one.

The continuing bombardment of civilians in Idlib by Russian and Syrian regime forces and the shocking conditions refugees are forced to endure on some of Greece’s islands and along the Greek-Turkish border has shown the shabby, shameful side of resilience. Europe’s reaction to the refugee problem is lockdown, similar to its reaction to the coronavirus. The latter has conveniently become a way to keep refugees out. This negative kind of resilience contradicts the idea of resilience. Resilience is about having a long-term approach to protecting vital infrastructures essential for security, stability, and for reassuring the citizens. This means investing in research, energy, health, and education. Too often, some Western governments have looked to the short term, concerned with keeping budgets under strict control, concerned with cutting back on public infrastructure investments, concerned with saving money. But if research and the health structures—which underpin aspects of resilience—are neglected, governments will not be prepared for a crisis. Just consider the lack of ventilators in countries as wealthy as France and Germany. The coronavirus has exposed the basic lack of resilience. It has also shown another aspect of the West’s weak resilience : the lack of cooperation and empathy among Europeans—especially for Italy—and the acrimony between Europe and the United States.

At a time when the United States, with its vast reservoir of research centers and top medical clinics, should be working hand in glove with its allies and offering inspired leadership, the latter is completely absent. U.S. President Donald Trump (and, until recently, UK Prime Minister Boris Johnson) has been in denial over the coronavirus. Just take a look at journalist David Leonhardt’s recent analysis in the New York Times of Trump’s handling of the pandemic over time. (No doubt the Trump administration will deny that article and continue to bash the media.) And this is another requirement for resilient democracies : that governments build up trust by communicating and telling the truth rather than having social media set the agenda. Merkel tried doing just that during a press conference on March 11, 2020 : “When the virus is out there, and the population has no immunity, and no vaccination or therapy exists, then a high percentage—experts say 60 to 70 percent of the population—will be infected, so long as this remains the case,” she said. The subtext of her remarks was that the pandemic had caught the Europeans off guard. Resilience and cooperation had taken a big knock. The coronavirus is the West’s big test.