"we need not risk our national honor to prevail" 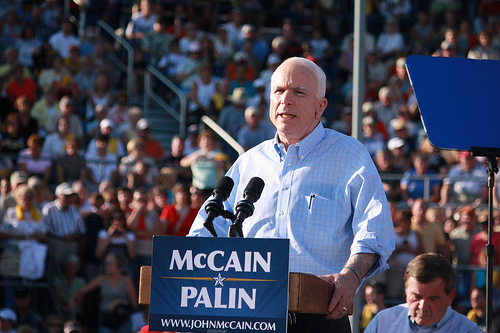 Mr. President, I rise in support of the release – the long-delayed release – of the Senate Intelligence Committee’s summarized, unclassified review of the so-called ‘enhanced interrogation techniques’ that were employed by the previous administration to extract information from captured terrorists. It is a thorough and thoughtful study of practices that I believe not only failed their purpose – to secure actionable intelligence to prevent further attacks on the U.S. and our allies – but actually damaged our security interests, as well as our reputation as a force for good in the world.

“I believe the American people have a right – indeed, a responsibility – to know what was done in their name ; how these practices did or did not serve our interests ; and how they comported with our most important values.

“I commend Chairman Feinstein and her staff for their diligence in seeking a truthful accounting of policies I hope we will never resort to again. I thank them for persevering against persistent opposition from many members of the intelligence community, from officials in two administrations, and from some of our colleagues.

“The truth is sometimes a hard pill to swallow. It sometimes causes us difficulties at home and abroad. It is sometimes used by our enemies in attempts to hurt us. But the American people are entitled to it, nonetheless.

“They must know when the values that define our nation are intentionally disregarded by our security policies, even those policies that are conducted in secret. They must be able to make informed judgments about whether those policies and the personnel who supported them were justified in compromising our values ; whether they served a greater good ; or whether, as I believe, they stained our national honor, did much harm and little practical good.

“What were the policies ? What was their purpose ? Did they achieve it ? Did they make us safer ? Less safe ? Or did they make no difference ? What did they gain us ? What did they cost us ? The American people need the answers to these questions. Yes, some things must be kept from public disclosure to protect clandestine operations, sources and methods, but not the answers to these questions.

“By providing them, the Committee has empowered the American people to come to their own decisions about whether we should have employed such practices in the past and whether we should consider permitting them in the future. This report strengthens self-government and, ultimately, I believe, America’s security and stature in the world. I thank the Committee for that valuable public service.

“I have long believed some of these practices amounted to torture, as a reasonable person would define it, especially, but not only the practice of waterboarding, which is a mock execution and an exquisite form of torture. Its use was shameful and unnecessary ; and, contrary to assertions made by some of its defenders and as the Committee’s report makes clear, it produced little useful intelligence to help us track down the perpetrators of 9/11 or prevent new attacks and atrocities.

“I know from personal experience that the abuse of prisoners will produce more bad than good intelligence. I know that victims of torture will offer intentionally misleading information if they think their captors will believe it. I know they will say whatever they think their torturers want them to say if they believe it will stop their suffering. Most of all, I know the use of torture compromises that which most distinguishes us from our enemies, our belief that all people, even captured enemies, possess basic human rights, which are protected by international conventions the U.S. not only joined, but for the most part authored.

“I know, too, that bad things happen in war. I know in war good people can feel obliged for good reasons to do things they would normally object to and recoil from.

“I understand the reasons that governed the decision to resort to these interrogation methods, and I know that those who approved them and those who used them were dedicated to securing justice for the victims of terrorist attacks and to protecting Americans from further harm. I know their responsibilities were grave and urgent, and the strain of their duty was onerous.

“I respect their dedication and appreciate their dilemma. But I dispute wholeheartedly that it was right for them to use these methods, which this report makes clear were neither in the best interests of justice nor our security nor the ideals we have sacrificed so much blood and treasure to defend.

“The knowledge of torture’s dubious efficacy and my moral objections to the abuse of prisoners motivated my sponsorship of the Detainee Treatment Act of 2005, which prohibits ‘cruel, inhuman or degrading treatment’ of captured combatants, whether they wear a nation’s uniform or not, and which passed the Senate by a vote of 90-9.

“Subsequently, I successfully offered amendments to the Military Commissions Act of 2006, which, among other things, prevented the attempt to weaken Common Article 3 of the Geneva Conventions, and broadened definitions in the War Crimes Act to make the future use of waterboarding and other ‘enhanced interrogation techniques’ punishable as war crimes.

“There was considerable misinformation disseminated then about what was and wasn’t achieved using these methods in an effort to discourage support for the legislation. There was a good amount of misinformation used in 2011 to credit the use of these methods with the death of Osama bin Laden. And there is, I fear, misinformation being used today to prevent the release of this report, disputing its findings and warning about the security consequences of their public disclosure.

“Will the report’s release cause outrage that leads to violence in some parts of the Muslim world ? Yes, I suppose that’s possible, perhaps likely. Sadly, violence needs little incentive in some quarters of the world today. But that doesn’t mean we will be telling the world something it will be shocked to learn. The entire world already knows that we water-boarded prisoners. It knows we subjected prisoners to various other types of degrading treatment. It knows we used black sites, secret prisons. Those practices haven’t been a secret for a decade.

“Terrorists might use the report’s re-identification of the practices as an excuse to attack Americans, but they hardly need an excuse for that. That has been their life’s calling for a while now.

“What might come as a surprise, not just to our enemies, but to many Americans, is how little these practices did to aid our efforts to bring 9/11 culprits to justice and to find and prevent terrorist attacks today and tomorrow. That could be a real surprise, since it contradicts the many assurances provided by intelligence officials on the record and in private that enhanced interrogation techniques were indispensable in the war against terrorism. And I suspect the objection of those same officials to the release of this report is really focused on that disclosure – torture’s ineffectiveness – because we gave up much in the expectation that torture would make us safer. Too much.

“The most important lead we got in the search for bin Laden came from using conventional interrogation methods. I think it is an insult to the many intelligence officers who have acquired good intelligence without hurting or degrading prisoners to assert we can’t win this war without such methods. Yes, we can and we will.

“But in the end, torture’s failure to serve its intended purpose isn’t the main reason to oppose its use. I have often said, and will always maintain, that this question isn’t about our enemies ; it’s about us. It’s about who we were, who we are and who we aspire to be. It’s about how we represent ourselves to the world.

“We have made our way in this often dangerous and cruel world, not by just strictly pursuing our geopolitical interests, but by exemplifying our political values, and influencing other nations to embrace them. When we fight to defend our security we fight also for an idea, not for a tribe or a twisted interpretation of an ancient religion or for a king, but for an idea that all men are endowed by the Creator with inalienable rights. How much safer the world would be if all nations believed the same. How much more dangerous it can become when we forget it ourselves even momentarily.

“Our enemies act without conscience. We must not. This executive summary of the Committee’s report makes clear that acting without conscience isn’t necessary, it isn’t even helpful, in winning this strange and long war we’re fighting. We should be grateful to have that truth affirmed.

“Now, let us reassert the contrary proposition : that is it essential to our success in this war that we ask those who fight it for us to remember at all times that they are defending a sacred ideal of how nations should be governed and conduct their relations with others – even our enemies.

“Those of us who give them this duty are obliged by history, by our nation’s highest ideals and the many terrible sacrifices made to protect them, by our respect for human dignity to make clear we need not risk our national honor to prevail in this or any war. We need only remember in the worst of times, through the chaos and terror of war, when facing cruelty, suffering and loss, that we are always Americans, and different, stronger, and better than those who would destroy us.