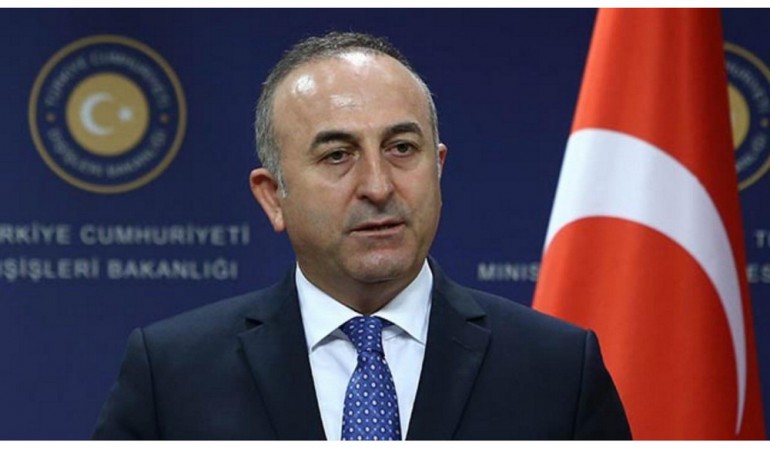 Over the past four weeks, Turkey has embarked on a frenzy of diplomatic activity in an effort to evenly manage its relationships with Western countries and other partners, including Russia, Iran, and Saudi Arabia. This delicate balancing act has proven reasonably successful—so far. But with a major financial crisis looming and local elections scheduled for March 2019, the diplomatic juggling act will become more risky. Here’s why.

During his speech at the United Nations General Assembly on September 25, President Recep Tayyip Erdoğan declared that Turkey was playing a key international role in helping to solve several crises. “Although Turkey is no military or economic superpower, it has emerged as a global leader by becoming part of the solution in Iraq, Syria, and elsewhere,” he said. Erdoğan was referring in particular to the deal concluded on September 17 in Sochi with Russia, in which he and President Vladimir Putin agreed to establish a buffer zone in Syria’s Idlib region, between areas controlled by the Assad regime and those where jihadist forces were prevalent. Although little has been revealed about the fate of disarmed jihadists, Turkey has received international praise for its role in this demilitarization deal. The bottom line, however, is that both Russia and Iran support Assad’s objective of regaining full control of Syrian territory, including all border posts, which implies that Turkish troops will have to head home. As a result, Turkey’s military operations in Syria will be challenged in the future. Equally, official discussions with European leaders have provided Ankara opportunities to claim that everything is unfolding normally vis-à-vis Europe. Indeed, his state visit to Berlin in September provided President Erdoğan with pomp and circumstance that was exploited to the full on domestic television channels. On substance, however, there was much less glitter : Germany’s president and chancellor repeatedly raised the dramatic decline of Turkey’s rule of law architecture and requested systemic—as well as symbolic—changes in this regard if the expected massive investment from Germany was to happen. No progress has been announced by Ankara so far.

The Turkish president’s visit to Hungary on October 8-9 and the visit of the Romanian prime minister to Turkey on October 15 provided other opportunities to reiterate Ankara’s narrative about the “priority” being given to Turkey’s EU accession negotiations. Although the credibility of this narrative is now feeble, Ankara will predictably seek another “summit” with EU leaders during the Romanian presidency in the first half of 2019—if only to snub Austria, which holds the current EU presidency, amid tensions with Vienna. With the United States, the atmospherics have somewhat improved following the release of Pastor Brunson on October 12, which allowed President Trump to host the cleric in the Oval Office and to praise Turkey. But beyond this photo opportunity, massive divergences between Ankara and Washington remain unresolved. There are differences over the role of the YPG in the fight against ISIL ; over Turkey’s S-400 missile procurement from Russia ; and over a transfer of F-35 stealth fighter jets. Then there’s the potential U.S. penalty on Halkbank following the sanction-busting scheme put in place by Turkey in favor of Iran, not to mention the forthcoming reimposition of U.S. sanctions on Iranian oil exports which—short of an exemption—could heavily penalize the Turkish economy. Quite a list.

Yet events in the coming days will attempt to further illustrate Ankara’s willingness to be “part of the solution.” Ankara’s good-cop-bad-cop handling of Jamal Khashoggi’s murder is a case in point. It is a strategy designed to transform a major diplomatic embarrassment—which, in reality, was a commando-style assassination in the middle of Istanbul under the cover of diplomatic immunity—into an opportunity to score a few points against Saudi Arabia, an arch-rival in the Muslim world. Saudi Arabia is seen by Ankara as the country that supported the ousting of former Egyptian president Muhammad Morsi, who was Erdoğan’s ally. There may be an unexpected occasion to help U.S. President Trump out of a difficult situation with his ally-cum-military-client Saudi Arabia. If so, what would Ankara want from Washington in return ? Similarly, the upcoming Turkey-Russia-France-Germany summit on Syria in Istanbul on October 27 is a victory of sorts for Turkey’s presidential diplomacy. It’s not just a demonstration of Erdoğan being part of the solution, but is also an illustration that he can convene a meeting among leaders from the West (albeit minus the EU and the United States), and his newfound ally, Vladimir Putin. At this stage, whether the Turkish president can use the Istanbul summit to bridge the gap between vastly different positions is a total unknown. Whether he can avoid being used by Moscow against European leaders is another. Yet, with local elections looming in March 2019, another prestigious photo opportunity will help hide some real difficulties at home and some serious divergences with Europe. Beyond spectacular television footage and doctored narratives, Turkey’s all-out diplomacy will at some point have to cope with two unescapable realities. The first is that Turkey’s economy is on a cliff edge and needs massive refinancing. This should normally come from the IMF, but that is an unpalatable option for Mr. Erdoğan in political terms. Whatever the vehicle, Turkey is facing hard choices : its economic and monetary policy needs to leave fantasy land and return to more conventional policies, starting with interest rates. The German economy minister is travelling to Turkey this week with a delegation of 80 business leaders—let’s see the outcome of that visit. Turkey cannot expect great improvements in its dealings with the EU and European businesses, who remain Ankara’s core partners, without progress on the rule of law. The second reality is a military one. Ankara has been playing with fire by entering a deal with Moscow to purchase Russian S-400 missile systems. More than covering Turkey’s needs, the deal is a not-so-hidden attempt by Moscow to embed its equipment and specialists in NATO’s second-largest conventional armed forces, with all the obvious threats this will pose. Trying to manage incompatible military hardware is one very difficult thing, but ending up becoming the pawn of one newly-found ally against perennial ones is a very risky situation. Turkey’s current diplomatic efforts are as much about weathering the March 2019 local elections as they are about playing a key role on the global stage. But gaining international economic and military standing also requires consistency.