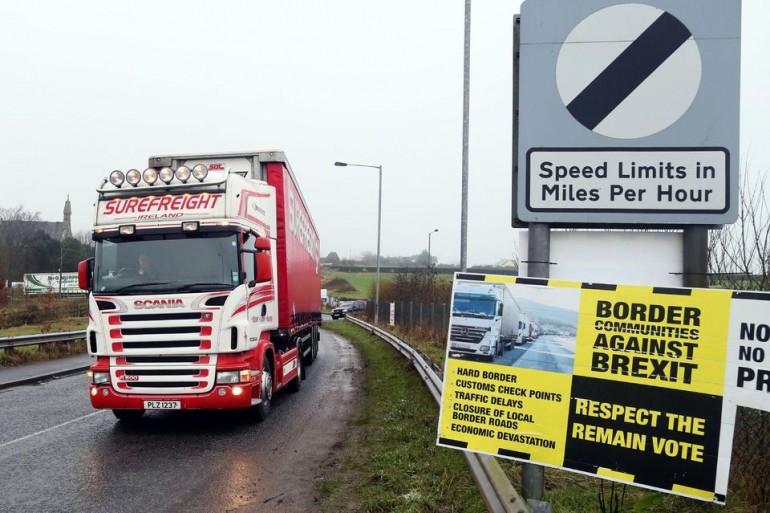 Even before the European Council convened in Brussels this week, it was common knowledge that EU leaders would not settle the Brexit issue this time, any more than they had on previous occasions. Despite genuine efforts from UK and EU officials to reach a deal, last Sunday’s talks between Michel Barnier, the EU chief negotiator, and his UK counterpart, Dominic Raab, did not overcome the inextricable issue of the Irish border. As the long process that started on March 2017 drags on, any breakthrough to a final agreement is still to come. At the time of writing, the most probable outcome of this week’s summit will be to postpone any new meeting on the Brexit issue. This new impediment in the long Brexit saga is not totally unexpected When they met in Salzburg in September, EU leaders proposed the option of holding an extra Brexit summit in November. But they chose to delay the decision, hoping that this postponement would increase the pressure on the UK government. After the post-Salzburg political row in Britain, which portrayed the UK Prime Minister as having been humiliated by her European colleagues, it was predictable that Theresa May would have little room for manoeuver to offer any new concession to the EU. Indeed, the endless confrontation inside her own Conservative Party between the supporters of a soft Brexit and those in favor of the hard option has only been exacerbated in recent days. However confused the exchange of arguments and propositions between the two camps, the high degree of polarization inside the Tory party—and within the UK government itself—makes it all the more difficult for the British prime minister to come up with a definitive proposal that could close the deal.

If and when the next Brexit summit is convened, commentators will likely refer to it as a “last chance” meeting. If that summit leads to nowhere, there will be talk of an existential crisis for Britain and for the EU. This make-or-break narrative should not come as a surprise. We have been here before, and the reasonable guess is that more of these last chance meetings will happen before any agreement is finally settled. Over the years, Europe has developed its own peculiar skillset in dragging negotiations up to the very last minute. With the deadline for the British exit from the EU formally fixed on March 29, 2019, the prospect of negotiations extending to the last possible moment should not be dismissed. Both the EU and UK are inevitably going to play for time, hoping that the other side will blink first. These are well-seasoned tactics. With little room left for any balanced compromise, a final settlement implies concessions from either side that neither can politically afford without first demonstrating that no other solution is possible. This is where buying for time becomes the only way out. Well-founded objections will oppose this scenario : the time needed for parliamentary ratification ; the risk of collision with the European elections in May 2019, now planned without any UK representation ; and, naturally, the March deadline formally embodied in the British legislation. Yet the slow walk to a last-minute solution looks like the most plausible option.

Two additional reasons are going to play for time extension and will interfere with the orderly process planned for the Brexit talks. The first one has to do with the two distinct stages which set out the management of these negotiations from the beginning. With a clear separation agreed by all parties between first, a withdrawal agreement (dealing with the practical modalities of the divorce), and then later a discussion on the future relationship between UK and the EU, the process looked straightforward. Unforeseen at the time were the implications of listing in the first agreement the issue related to the Northern Ireland border. By considering the need to avoid any hard border on the island of Ireland an element of the first package, the negotiators have been progressively dragged into discussing issues related to the future relations of the UK, including the EU Customs Union and the single market. Today’s deadlock on the Irish backstop option—the arrangements that would be applied if the future trade relationship between the EU and UK could not guarantee the absence of a hard border—stems precisely from this built-in flaw, meaning that a solution must be settled now when it actually relates to future arrangements. For this confusion to be sorted out, thus enabling the withdrawal agreement to be closed, a compromise will probably require transferring the Irish backstop issue, to a large extent, to the next stage of the negotiations.

Yet by passing the buck onto the next round of talks, negotiators are overloading their working agenda in the midst of what appears to be looming political instability in Britain and in the EU. Here is the second reason for expecting the whole Brexit process to drag on much longer than initially scheduled. In the UK, uncertainty prevails around the political outcome of forthcoming discussions in Parliament over the adoption of the future Brexit deal. Speculations are rising from divisions inside the Conservative Party about a change of prime minister, a general election, or a new referendum. These scenarios do not bode well for a quick conclusion of this first round of Brexit talks in Brussels.

The possibility of extending the Article 50 timeline is now being openly discussed in the UK and on the EU-27 side. With the perspective of highly polarized European elections scheduled for May 2019, the current political context is not best suited for a speedy and balanced withdrawal agreement. As for the next round of talks on the future relationship, the aftermath of this electoral consultation will probably see the emergence of a reinvigorated populist political force in the European Parliament and in the European Commission. This new development will hinder the smooth consensus that has prevailed so far inside each of these institutions. It will impact the overall context of the transition period, during which the negotiations with Britain will move ahead. It comes as no surprise to now hear hints in Brussels at the possibility of extending the transition timeline. Brexit was never going to be an easy ride. But given the increasingly intricate nature of the talks and the political storms on the horizon, it looks like it will be a very long and winding road.