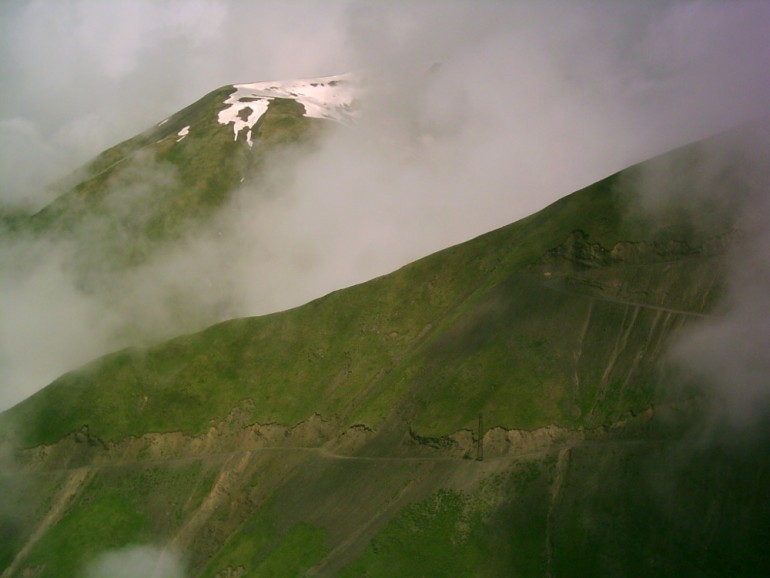 What will 2019 bring to the post-Soviet neighborhood of Eastern Europe ? 2018 ended on a disturbing note in the Azov Sea with a de facto blockade by Russia and what amounted to an act of Russian state-sanctioned piracy against Ukrainian shipping. No one can tell what this crisis means for next year. Will this aggression be confined to limited Russian objectives in and around the Azov Sea ? Does it signal a new effort to destabilize Ukraine as a whole during its election year ? Or does it augur something bad for Russia’s other neighbors as well ? Maybe the men in the Kremlin don’t know themselves.

But it’s worth taking a step back, separating news from longer-term trends, and doing a quick audit of Russia’s capabilities and ambitions in its neighborhood vis-à-vis those of the other states. That is hard to do for Ukrainians, whose compatriots are still dying on the front line in the east of the country. Other post-Soviet states, however, should be capable of more cool reflection. Consider the South Caucasus. While updating the new edition of my book, The Caucasus : An Introduction, with a new chapter after almost a decade, one theme stood out : the legacy of the Soviet Union is gradually leaving the region, along with the influence of Russia. Russian language use is declining (two thirds of Azerbaijanis now report only basic knowledge of the language). Russian television viewership has declined precipitately. Ethnic Russians comprise no more than two or three percent of the population of the three countries.

Russia itself is still the most powerful neighbor for Armenia, Azerbaijan, and Georgia, but increasingly it is one of many. Journalists should stop calling these countries “Russia’s neighborhood,” let alone its “backyard.” The South Caucasus is a region of its own. If it is a neighborhood, it is simultaneously many at once : not just Russia’s, but that of the European Union’s and (once again) Iran’s and Turkey’s. The United States is there—an international consortium, including two U.S. companies, has begun building a deep-water port at Anaklia on Georgia’s Black Sea coast. And China, which sees the region as a transit route for the Belt and Road Initiative, is now a major trading partner.

Russia still has a military base in Armenia. Also, in defiance of international law, it keeps around 7,000 troops in Abkhazia and South Ossetia. Those two places are the exception to the rule. Semi-detached by conflict in 1992-3, they were wrenched even further from Georgia by the war of 2008, which displaced a further 15,000 Georgians from their homes in South Ossetia. Their isolation from Tbilisi has grown. In the last year, most crossing points have closed on the Enguri River border with Abkhazia. The Russians and South Ossetians have provocatively moved the boundary fence in South Ossetia several times into Georgian-controlled territory, by a few meters at a time.

Russian domination of these two territories comes at a cost however. Although they tend to say so quietly, many young Georgians are less than keen at the idea of reintegration with the two breakaway regions. As they are de facto lost, the upside is that Georgia’s economic integration with the EU and military partnership with the United States can proceed more quickly. Protracted conflicts can no longer be an excuse—at home or in the West—for making domestic progress.

Armenia is an even more striking example. A close military and politically ally of Russia, financially reliant on Moscow for its energy and infrastructure, it nonetheless managed to cast off its old regime in 2018. Many Western observers were surprised that Russia did not intervene in the “Velvet Revolution” to save a friendly regime, but it actually had very few levers to do so. On December 9 the leader of the revolution, Nikol Pashinyan, completed the last stage of his spectacular victory with a landslide win in the country’s parliamentary election. The election signaled, amongst other things, a rejection of close alignment with Russia. One of the two opposition parties that made it into parliament, Bright Armenia, even calls itself pro-European.

Pashinyan is not exactly anti-Russian—or, rather, is so only by implication as he talks about European values and democracy. The point is that, aged 43, he is without the Soviet background of his predecessors. To quote one Armenian analyst, he is of a generation that is not so much Soviet, anti-Soviet, or post-Soviet, but simply un-Soviet. Georgia’s prime minister, Mamuka Bakhtadze, who is just 36, falls into the same category. The developing “post-Russian” identity in the South Caucasus is not much consolation to Ukraine, which remains uniquely vulnerable to Russia, even as it struggles with its own new identity formation.

What it shows is that each of the three South Caucasian countries has found a way to manage its relationship with Russia. If their leaders themselves do nothing stupid to alienate their own populations and do not go to war with each other (take note, Armenia and Azerbaijan), they stand a good chance of navigating 2019 without a confrontation with Russia. Where the Kremlin stands a better chance of manipulating things, if it chooses to do so, it is by exploiting the corruption of elites to maintain influence. These trends do not make the radar of the Russian propaganda machine. They are perfectly acceptable for the more pragmatic Russian constituencies, such as the business community, working in the region—or indeed the tens of thousands of Russian tourists who visit each year. It is a slow process, but we see three countries which, for all their flaws, have become functioning states and more or less autonomous international actors. They are a long way from being Switzerland, but they are a million miles from the poor, conflict-torn places they all were in the 1990s. Domestic woes such as corruption, poverty, and emigration are the most serious issues. These, at least, are problems that the governments have the power to fix themselves and which the public can hold them to account for. Happy New Year !