With Russia annexing new territories, rapidly increasing expenditures on the military and police, supporting separatists, setting up a satellite state in eastern Ukraine and simultaneously attempting to make good on the populist promises that President Vladimir Putin made back in May 2012, the Kremlin has run up against objective financial and budgetary constraints. In fact, the Kremlin’s new expansionist and populist policies are increasingly disconnected from economic reality. Ambitions are outpacing munitions. The neo-imperialist and populist "expeditionary forces" are becoming dangerously far removed from their supply base — and even that base is now half empty. Economic considerations could prove the main factor in forcing Russia’s foreign and domestic policy to gradually normalize and evolve toward greater caution and responsibility. Liberals in the government openly warn of impending danger. At a recent summit in Sochi, Economic Development Minister Alexei Ulyukayev described the Russian economic situation as "between bad and very bad." The Economic Development Ministry has repeatedly made downward corrections this year to its forecasts for economic growth and to its medium-term outlook for the coming years. Former Finance Minister Alexei Kudrin predicts that the Russian economy will stagnate for at least the next three or four years. The Central Bank anticipates capital flight to reach $100 billion to $120 billion this year. The authorities’ attacks on Bashneft and billionaire Vladimir Yevtushenkov have added to the growing panic in the markets and only worsened the already bad business climate in the country. In late August, Prime Minister Dmitry Medvedev created a government commission charged with "optimizing government spending" — that is, cutting outlays in the face of a rapidly slowing economy and shrinking budget revenues. The committee has proposed either reducing all government programs by 1 to 3 percent or redistributing funds between them, resulting in an overall reduction. The Economic Development Ministry has also caused a lot of noise with its suggestion to save 300 billion rubles ($7.5 billion) annually by eliminating payments to families that have a second or third child. Spending cuts might also affect programs for developing health care and transportation infrastructure. The annexation of Crimea has placed a tangible burden on the Russian economy and budget. According to renowned economist Sergei Alexashenko, Crimea will cost Russia one percentage point in economic growth, or 360 billion rubles ($9 billion) in unpaid wages and accelerated inflation due to the weakening ruble. In fact, Crimea will contribute about three percentage points to inflation this year. Crimea related inflation will also cause Russian bank depositors to lose an astronomical 500 billion rubles ($12.5 billion). And finally, direct budgetary expenses for financing Crimea total between 140 billion and 180 billion rubles ($3.5 billion to $4.5 billion) annually. Officials will have to shift those funds away from other budget items and send that much less money to Russia’s regions. It is unclear who will pay for maintaining and rebuilding the Donetsk and Luhansk regions in eastern Ukraine. Kiev has publicly refused to finance and restore the territory of the self-proclaimed "people’s republics" of Donetsk and Luhansk while separatists are in control there, and has yet to make a political decision regarding those regions as part of Ukraine in general. Meanwhile, Kiev has estimated the total war-related damage and the amount required for restoration of those regions at $7 billion to $8 billion. At the same time, the budgets for 90 percent of Russia’s regions are in the red and carry a combined debt exceeding 2 trillion rubles ($50 billion). The regions have already begun reducing real costs by 2 percent in the first half of this year. Spending on health care has fallen unusually rapidly this year — by an average of 10 percent nationally and by 18 percent in the Moscow region. The nation’s capital has also cut spending to support the regional economies by an average of 6 percent, and by 16 percent for the Moscow region. All of this puts pressure on Russia’s gold and currency reserves, now totaling about $470 billion. Having lost the ability to obtain credit in the West, Russia’s state-owned corporations and banks now hope to pay down some of their combined $650 billion in external debt and interest fees with help from the government’s reserve fund. Rosneft head Igor Sechin has already secured promises for 1.5 trillion rubles ($37.5 billion) in assistance, Russian Railways head Vladimir Yakunin and Rusnano chief Anatoly Chubais have appealed for aid, and leaders have also promised to infuse the largest state-owned banks with additional capital. What’s more, oligarchs with close Kremlin ties have requested that the government compensate them for assets seized in the West in connection with sanctions — a practice State Duma deputies will soon make law. Although the Russian people continue celebrating the annexation of Crimea and giving the authorities sky-high ratings, the first signs of trouble are now appearing. According to the Levada Center pollster, a third of the population fears a decline in their standard of living as a result of Western sanctions and more than half have noticed prices for everyday products creeping upward. As Russia’s Crimean-Ukrainian project incurs an increasingly heavy expense, the economy itself will provide an unerring litmus test of the soundness of Kremlin strategy. 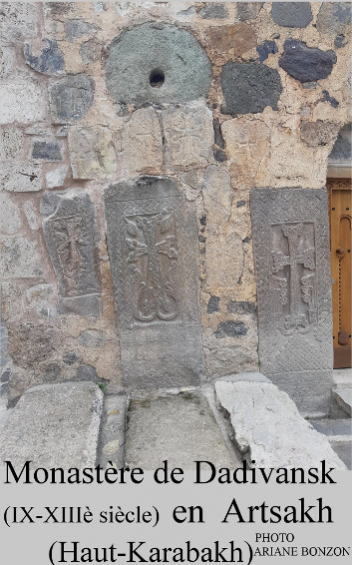