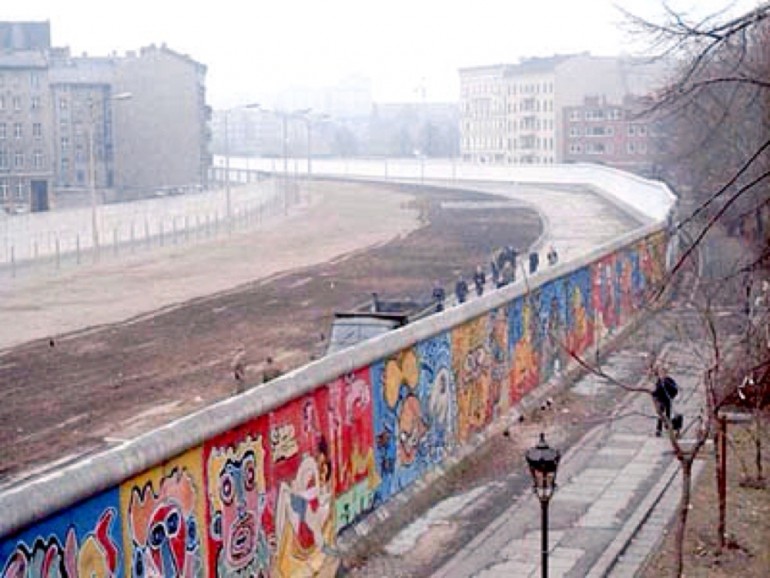 In 2006 I joined official meetings in Warsaw between the Belgian prime minister and the two Kaczyński brothers. The first meeting was with Lech Kaczyński, then president of Poland, who died in a plane crash in 2010 ; the second was with Jarosław Kaczyński, then prime minister of Poland, who is still the leader of the ruling Law and Justice Party (or PiS) today. I remember well how both the Belgian and the Polish delegations did not seem to understand each other. On the Belgian side, we were surprised to hear how much the Kascyńskis were rambling on about the Russian and the German dangers. The Polish side, on the other hand, didn’t understand why we Belgians were pleading for more European integration, once again. Today, some twelve years later, this perhaps personal misunderstanding has transformed into an open rift between Western and Eastern (or Central) Europe. This divide was made abundantly clear in the European Parliament in September, when many Eastern European parties voted against sanctioning the Hungarian government, led by Viktor Orbán, for rule-of-law breaches. Many Western Europeans couldn’t understand this support for what Orbán himself calls “illiberal democracy.” At the same time, many Eastern Europeans considered the sanctions unhelpful and certainly one step too far.

Where does this mutual misunderstanding come from ? Some would argue it is the result of Europe’s so-called refugee crisis of 2015, when Western European countries tried to push all EU member states to accept and integrate a percentage of the refugees. The refusal by the East frustrated the West. But I believe that the EU’s East-West rift is much older and more fundamental. It is the result of different histories and different views of what Europe is or should be. In other words, Eastern and Western Europe don’t share the same political psychology.

The European Union was built on the trauma of the Second World War. Back in the 1940s and 1950s, the French and German political leadership understood that only close cooperation could avoid a new conflict and total devastation of the European continent. They also agreed that they had to neutralize the causes of war : fascism and nationalism. For the EU’s founding states—Belgium, France, Germany, Italy, Luxembourg, and the Netherlands—the European project was one of ever more cooperation and democracy and ever less borders. It must also be said that European integration was often pushed forward as a reaction to the tightening of the Soviet grip on Eastern Europe. Only a united, liberal-democratic Europe would be able to stand against the aggressive Communist bloc. It is no accident that the Treaty of Rome, the EU’s founding document, was signed only one year after the Soviet invasion of Hungary in 1956. In Eastern Europe the wounds of the Second World War were quickly followed by a new trauma : the Warsaw Pact, or the forced vassalship to the Communist Soviet Union. Indeed, in 1956 Moscow made clear what this “membership” meant by invading Hungary and smashing the revolt of the Hungarians. Five years later the Berlin Wall was built, symbolizing the fact that there was no way out. Then, in 1968, the Soviets sent another message in Prague : no country of the Warsaw Pact can decide its own politics. When the Berlin Wall fell in 1989, each one of the Eastern European countries could finally pursue their dream of being the boss of their own state and deciding their own future. The only way to protect this dream from a new Russian invasion was to become members of the European Union and NATO, as soon as possible.

In short, for the Western European countries, the EU is a guarantee against war and fascism (or the cause of war.) For the Eastern European member states, the EU is a guarantee against Russian occupation and political vassalship. However, in order to understand the refugee rift, we must consider another historical fact. From the 1950s on, Western Europe organized immigration from Algeria, Morocco, Tunisia, and Turkey (as well as from Italy) to do its dirty labor. Even though not one of these countries in Europe handled the influx well, Western Europeans did get used to working and living with people of different origins. The situation in Eastern Europe was the opposite : since the 1950s, people have been trying to leave these countries. Western Europe has a history of immigration, while Eastern Europe has one of emigration. This historical-psychological analysis is not new. But it seems to be too easily forgotten. Since the 1950s Western Europe has also become used to the Franco-German axis. If Paris and Berlin agree on something, then the EU moves forward with it. If they don’t, then nothing happens. The Benelux usually plays the role of launching ideas and trying to convince the two big sister countries. Many new EU member states, however, see the Franco-German axis as a central power from which they are too easily excluded. Brexit exacerbates these perceptions, which is why Berlin, Paris, and the other “old European” member states should try and incorporate the Visegrád Four (which consists of the Czech Republic, Hungary, Poland, and Slovakia) into projects and ideas about the EU’s future. If they don’t, Europe’s East will grow even more apart from Europe’s West. When we see the political evolution towards illiberal tendencies in Eastern Europe, there are already enough reasons to be very worried. These include the militarization of societies. In the Czech Republic alone there are 2,500 people organized in 90 home guard groups or militias who patrol the streets, ostensibly to stop refugees and “Roma crime.” The same is happening in Slovakia and Slovenia. In 2017 the Czech Republic granted asylum to 145 people, Slovenia to 152, and Slovakia to 60. In comparison, in the same year Belgium granted asylum to nearly 13,000 people. For most Eastern European countries the refugee crisis is an imagined problem, but one with dangerous political consequences. Oddly, illiberal groups and parties in Western and Eastern Europe are knocking at the door of their former archenemy : Moscow. Where the Right and the Far-Right once saw Communist Russia as the main reason for European cooperation, they now see the king of illiberal democracy, Vladimir Putin, as an ally against the same European cooperation. They find that Europe has become too liberal and insisting too much on building open societies. And they seem happy that Moscow is helping them to halt this effort, so far not entirely unsuccessfully. Despite all that, the European Union always has been and still is a liberal-democratic project. Unfortunately, it has turned into a defensive project in which liberal democracy is only being defended and sometimes even imposed. It’s the latter that irks the Visegrád countries. Imposing values is not the way forward. If the European liberal-democratic project wants to become attractive again, it will have to come with new ideas. Putting all hope on the classic Franco-German axis is a recipe for failure. It’s time for a new understanding between Eastern and Western Europe and for a new dialogue, which takes into account where the psychology of each country is coming from. Only then will Europe be able to move forward again.