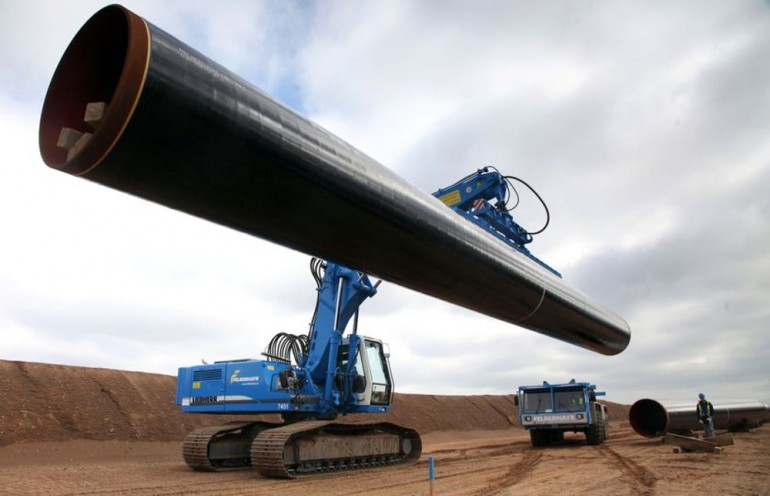 EU foreign ministers agreed on February 22 to impose new sanctions on Russia. The move followed the sentencing of Russian opposition leader Alexei Navalny to a three-year prison term. Josep Borrell, the EU’s top diplomat, said there was “a shared assessment . . . that Russia is drifting towards an authoritarian state and driving away from Europe.” Borrell was desperately trying to regain some of his authority after he was publicly humiliated by his Russian counterpart, Sergei Lavrov, during a visit to Moscow in early February.

Borrell had been warned against the visit because it was badly timed—Navalny had been arrested. Borrell did not have the support of all EU member states. And he had no clear idea of what he wanted to achieve from meeting Lavrov. Speaking after the sanctions had been agreed on, Borrell said, “The [EU foreign] ministers unanimously interpreted Russia’s recent actions and responses as a clear signal of not being interested in cooperation with the European Union, quite the contrary, [Russia] looks interested in confrontation and disengagement from the European Union.” The EU would now, he added, adopt a three-pronged approach. That will consist of pushing back when Russia infringes international law and human rights, containing Russia when it seeks to increase its pressure on Europe, including through disinformation and cyber attacks, and engaging when the EU has an interest in doing so. It’s as if the EU has only just recognized the tactics that the Kremlin has been pursuing for years.

This EU approach, combined with sanctions that include a travel ban on several Russian individuals, will not only sour relations between the Kremlin and Brussels even further. It also shows that the Europeans are still helpless and divided over how to come up with a strategy to deal with their Eastern neighbor. Poland and the Baltic states want the EU to adopt a much tougher stance on Russia. That would include stopping the Nord Stream 2 pipeline, which will bring gas directly from Russia to Germany via the Baltic Sea. While other countries, such as Greece, Italy, and Spain, went along with the sanctions, they don’t see Russia as a threat in the way that Northern and Eastern EU members do. The Southern Europeans regard migration and instability in the Middle East as the biggest threats they face.

Leaving aside these differences, the EU now has to decide what kind of relationship, if any, it intends to pursue with Russia. When it comes to foreign and security policy, particularly with regard to Moscow, Berlin’s role is crucial. But strategy is not part of the German lexicon. For Germany, part of the problem about acting strategically over Russia and in other cases goes back to World War II. The Holocaust and the destruction wreaked by Nazi Germany throughout most of Europe, especially in the East, have shaped German foreign policy.

Even Nord Stream 2, disingenuously, has fallen victim to the past. Despite the threat of sanctions from the United States and criticism from several EU countries, now including France, if this controversial Russian-German-led project continues, Berlin is sticking by it. This is how German President Frank-Walter Steinmeier justified the pipeline. “I believe that burning bridges [with Russia] is not a sign of strength,” said Steinmeier, a Social Democrat, in an interview. “For us Germans, there is another dimension.” He said 20 million Soviet citizens were killed in World War II. “There have been phases of fruitful partnership, but even more times of terrible bloodshed,” he added. His interview shocked Poland, Ukraine, and other Eastern European countries, which suffered hugely under the Nazis and were later occupied by the Soviet Union.

There is another reason for Steinmeier’s position. It is the belief held by the older generation of German Social Democrats—and Christian Democrats—that Russia should not be isolated. This was the thinking behind Germany’s Ostpolitik, or Eastern policy, which was begun by the Social Democrats in the late 1960s. That policy was based not only on the idea of dialogue with Russia but also on the notion of Wandel durch Annäherung, or change through rapprochement.

This rapprochement has not taken place. Instead, German Chancellor Angela Merkel—leaving aside her dogged commitment to Nord Stream 2—has approached Russia from a different angle : Ukraine. It was she who got all the EU member states on board to impose sanctions on Russia in 2014 after it annexed Crimea and invaded Ukraine’s eastern Donbas region. That was no mean feat for Merkel given wobblers such as Cyprus, Greece, Hungary, and Italy and opposition from part of the German political establishment. Since then, these sanctions have been rolled over.

Sanctions themselves are not a strategy. What could be a strategy is for the EU, led by Germany, to accept that political dialogue and engagement with Russia under President Vladimir Putin is not a realistic option. This is all the more reason for the EU to work together and strategically over Ukraine. So far, Merkel hasn’t wavered over Ukraine, despite the corruption and the power of oligarchs that make the country’s transformation so complex. Indeed, such support for Ukraine does amount to a policy, however indirect, toward Russia. It is one that the EU should not dismiss.