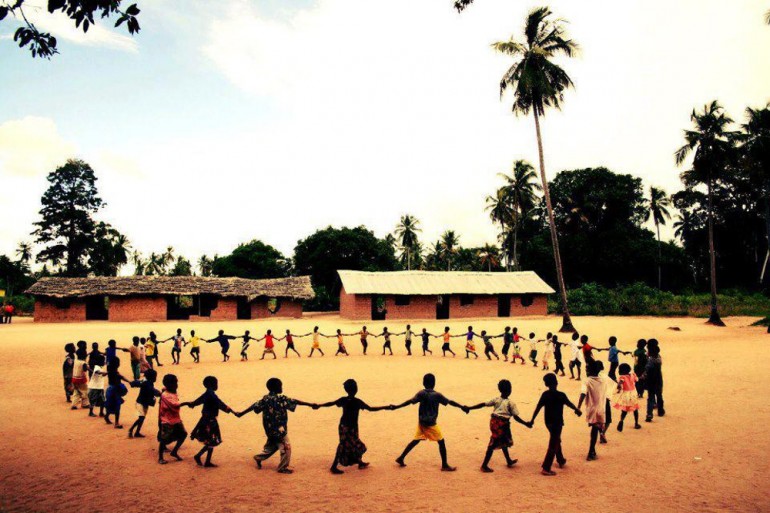 “The virus knows no borders and has no interest in the nationality of its victims,” German President Frank-Walter Steinmeier told the World Health Summit, which took place virtually on October 25–27, 2020. “It will overcome all barriers if we do not work together to counter it. In the face of the virus, we are without doubt a global community. But the key question is : Are we able to act like one ?” Then Steinmeier got to the nub of what is a political, social, and ethical issue. “Will political leaders manage to explain convincingly that it is advantageous for all of us if as a first step some people are vaccinated in all countries instead of all people in some countries ?” he asked.

COVAX, a global collaboration co-led by Gavi, the Coalition for Epidemic Preparedness Innovations, and the World Health Organization, wants to “accelerate the development and manufacture of COVID-19 vaccines, and to guarantee fair and equitable access for every country in the world.” It’s about making the vaccine a global public good. This should be in Europe’s interests too. Selling Steinmeier’s idea to a European public—he has suggested that nurses in African countries be vaccinated as a first step, and soonest—needs a big PR push. The German taxpayers are shouldering state aid for its pharmaceutical company BioNTech, which in cooperation with Pfizer, its American partner, has started vaccinations in the United States and the United Kingdom. A German taxpayer could turn around and say, “This is our vaccine. We need it given the rising mortality and infection rate.” And just wait until the arguments begin about which sectors or professions in EU countries should be first in line to get the jab. So far, so good : it will be healthcare workers and the most vulnerable. There’s little doubt that most Europeans will want the vaccine as soon as possible. But the EU should also move fast to vaccinate especially doctors and nurses in as many affected and vulnerable African countries as possible. There are several compelling reasons to do this. First is the destructive nature of the virus. The longer it flourishes, the greater the chance of it mutating in ways that make it even more deadly, contagious, or just difficult to vaccinate against. This could already be happening in Great Britain. Getting it rolled out quickly across Africa is crucial.

Second, the coronavirus pandemic is destroying the remittances that migrants based in Europe and other countries send home to their families. These remittances are often the lifeline for their siblings to get educated and for their parents to buy medicines, food, and clothes and pay the rent. Fewer remittances could spell increased poverty and instability. A World Bank study in April showed remittance flows to sub-Saharan Africa are expected to decline by 23.1 percent to reach $37 billion (€30 billion) in 2020, down from $48 billion (€39 billion) in 2019. A recovery of only 4 percent is expected in 2021. What a setback for a region where economies were growing, and weak governance was being tackled.

Third, here is a chance for Europe’s soft power. Yes, the EU is already Africa’s biggest donor. Most of the money is channeled through its European Development Fund, of which the eleventh and current edition has a €29.1 billion budget. Most of it is for national and regional cooperation programs. But now, distributing the coronavirus vaccine provides a unique opportunity for the EU and Africa to work together and build a relationship of optimism and trust—which is sorely needed. That trust got a battering when a planned EU–African Union summit on December 9 was postponed on very short notice. Both sides, privately, blamed each other.

Fourth, if the EU and European governments are really serious about their soft power, this is the time to share the vaccine in a way that counters the global influence of China. China has already been sending vaccines for trials in Bangladesh, Indonesia, Pakistan, and the Philippines. In Indonesia, by the way, the country’s state-owned pharmaceutical company, after having said on December 8 that CoronaVac—a Chinese vaccine—was 97 percent effective, later that day said the efficacy of the vaccine could not yet be determined. Distrust of China’s intentions in Asia runs deep. As for China’s relations with Africa, where it has built huge infrastructure projects on the back of loans to several countries and is extracting much-needed raw materials, the Chinese leadership has gone on the offensive. In June, Chinese President Xi Jinping told a meeting of African leaders that “African countries will be among the first to benefit” from a coronavirus vaccine, once its development and deployment is completed in China. Moreover, Chinese Foreign Minister Wang Yi has pledged that Beijing would extend $11 billion (€9 billion) in loans for vaccines to Latin American and Caribbean countries. But there’s no such thing as a free Chinese vaccine there or in Africa. All the more reason for the EU to seize the opportunity to boost its soft power with a combination of philanthropy and a big dose of self-interest.

In short, this is Europe’s chance to make a difference globally—and show African countries that there is an alternative to the China model. It shouldn’t waste it.