The EU’s ambiguous fight for the rule of law 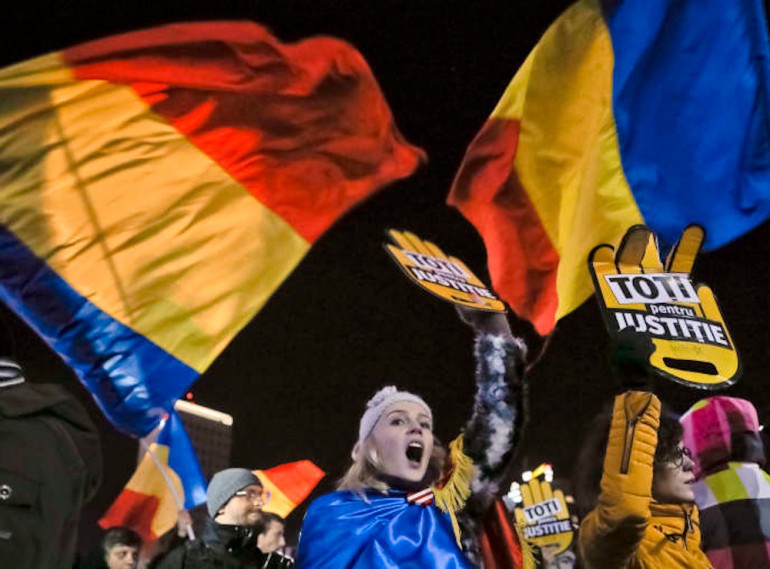 It’s not as if European Commission President Ursula von der Leyen didn’t know about the sorry state of the rule of law and the weak adherence to values inside the European Union. But just to spell it out, the European Commission on September 30, 2020, published its first-ever report on “The rule of law situation in the European Union.” The twenty-six-page overview, accompanied by twenty-seven separate reports for each of the member states, is a tough read. It’s far too long. The language is often bureaucratic or vague. Most depressing of all, it is peppered with platitudes. Sentences such as “The rule of law is a well-established principle” on page 1 are just one example. And what about this one on page 5 : “The European rule of law mechanism is set to evolve and continue to improve through inter-institutional discussions and dialogue with Member States, as a collective learning exercise and as a trigger for EU support.” These words are sure to send shivers to the leaders of Bulgaria, Hungary, and Poland, who have been able to run roughshod over the rule of law for several years ! Despite the enormous damage these leaders have caused to basic democratic values, particularly how they have undermined the judiciary—which has made the fight against corruption even more difficult—the Commission, the member states, and the political party caucuses in the European Parliament have been far too slow to defend what the EU is based on.

After reading all the reports, the verdict is clear. The rule of law is in very bad shape, especially in Central Europe and in Bulgaria and Romania. The Commission could have been much more critical and could have named names. But as they stand, the reports are worthwhile.

However, they fail in three areas. First, the Commission is short on recommendations. Here was a chance to spell out how the EU’s generous structural and development funds should be distributed to member states. They often contribute to over 3 percent of a country’s GDP. 3 percent ! That’s a ton of taxpayers’ money. The funds should be used to sanction governments that flout the rule of law. The Commission did hold back some funds to Bulgaria and Romania several years ago under the Cooperation and Verification Mechanism, which addresses shortcomings in the two countries’ judicial systems and fight against corruption. But the withholding of funds was a temporary measure because progress was eventually made.

Anyone reading between the lines in the report on Bulgaria (the abstract itself is obfuscation of a high order) will quickly realize how Boyko Borisov, prime minister of several center-right governments since 2009, has set back Bulgaria’s transition toward a strong and vibrant democracy. Bulgarian citizens have repeatedly demonstrated against the corruption. Until now, the Commission has been indifferent, publicly at least. And citizens in Hungary, Poland, Romania, and Slovakia are fed up with the corruption, the intimidation of judges, and the sense that the transformations begun after 1989 are currently being reversed or challenged. None of the country reports raise this issue or indeed the immense sacrifices people in these countries endured during the communist era and then again in order to make the democratic transformation possible after the communist regimes collapsed. Second—and this is not an issue in the reports either—is how foreign oligarchs find comfortable, safe homes for their money, their assets, and their children’s education in many member states. Their ability to influence European politicians is well documented. If the EU institutions really wanted to defend the rule of law and the transparency mechanisms that are part of it, then the Magnitsky Act should be a mandatory piece of EU legislation. And third, there are the strategic, geopolitical implications of Europe’s ambiguous attitude toward defending the rule of law. In her State of the Union address on September 16, von der Leyen said : “The rule of law helps protect people from the rule of the powerful. It is the guarantor of our most basic of every day rights and freedoms. It allows us to give our opinion and be informed by a free press.” The reality is different. And a weak rule of law, corruption, and attacks on independent media and academic institutions in the EU are manna for Russia and China. Through their use of social media and disinformation campaigns, funding of political and academic organizations, and support of populist movements in Europe, Russia and China—and other countries aiming to divide or weaken the EU—can exploit Europe’s weaknesses and tap into the vanity of some of its leaders. In doing so, the strategic implications are clear. The rule of law is the EU’s big strategic asset. Its neighbors regard the rule of law as a fundamental strategic choice. Witness what’s going on today in Belarus. Unfortunately, it is an asset the Commission’s new report ignores.