The challenge to the west : Restoring deterrence 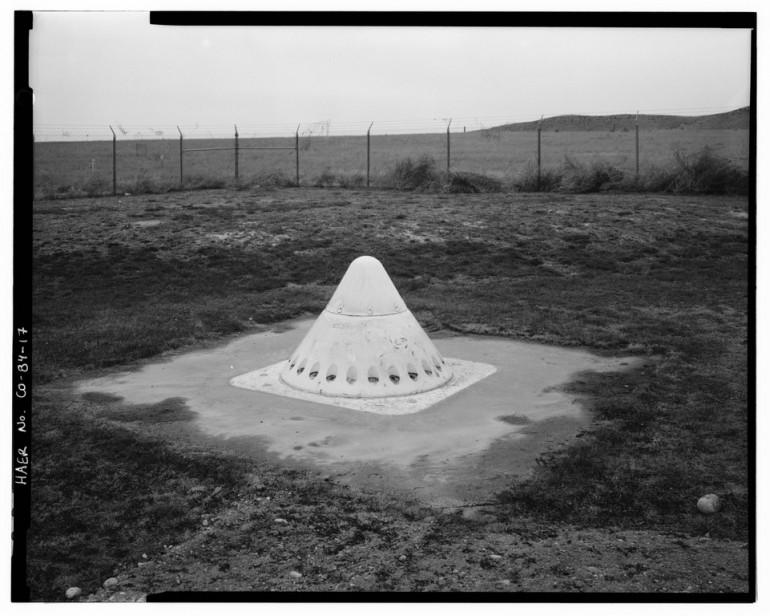 Mutually Assured Destruction, with its overtones of Dr Strangelove, was never a popular strategy in Western societies : the idea that NATO and the Warsaw Pact could wipe out human life many times over seemed immoral to many people. The acronym ‘MAD’ did not help. But MAD kept Europe peaceful, if nervous, through most of the Cold War.

The world of 2014 is very different from that of the 1950s, when John von Neumann, mathematician and game theorist, came up with the both concept and the term Mutually Assured Destruction. NATO leaders at their summit in Wales on September 4th and 5th, and EU foreign ministers when they meet on September 29th, need to think about an expanded concept of deterrence, covering military, economic and other measures, and how to use it to restore stability in Europe.

Deterrence depends on having both the capability and the will to inflict unacceptable damage on a potential enemy. The West certainly has the capability. In the military field, despite the huge increase in Russia’s defence budget under President Vladimir Putin (in real terms, it almost tripled from 2000 to 2012), the US and its NATO allies could defeat Russia in any conventional war. The US alone is numerically superior to Russia in every category of major weapons system except for main battle tanks, not to mention its technological dominance. Russia could reduce the US to radioactive dust, as TV anchor Dmitri Kiselyov, later promoted to head the Russia Today state news agency, said in March 2014 ; but the US still has more than enough warheads to do the same to Russia.

Economically, the EU can inflict enormous damage on Russia. More than half of Russia’s state budget revenue derives from sales of oil and gas. EU countries buy 84 per cent of Russia’s oil exports and 76 per cent of its gas exports. Even small reductions in purchases would hit the Russian economy hard, and would make it more difficult for the Russian government to pay for increased defence and social spending.

The problem is that Western leaders have repeatedly shown since the beginning of the Ukraine crisis that they do not have the will to use the means available to stop gross violations of international law by Russia. Putin is exploiting the resulting security vacuum on NATO’s and the EU’s eastern border. And Western irresolution also risks encouraging other states to think that they can seize territory by force without any significant Western reaction – think of China in the South and East China Seas, where the credibility of US security guarantees is increasingly questioned, as Rem Korteweg wrote in a recent CER policy brief.

NATO’s deterrent posture worked during the Cold War because Soviet leaders really believed that successive US Presidents were prepared to launch massive nuclear strikes on the Soviet Union in response to Warsaw Pact attacks on NATO forces in Europe. Just in case there was any doubt, NATO exercised its procedures for using nuclear weapons regularly. Soviet leaders knew that, and the knowledge kept them honest : they wanted at all costs to avoid a European conflict that might escalate to a nuclear exchange. Western leaders had similar fears about the Warsaw Pact. Among the results of this shared fear were various hotlines and confidence-building agreements designed to ensure that the two sides never stumbled into war.

Once the Cold War was over, this sort of thinking seemed out of place : what Western leader would sit down with his Russian counterpart to discuss co-operation on Afghanistan, or investment in Russia’s oil and gas sector, while simultaneously threatening to obliterate Russia in the event of conflict ? The result was that when Russia invaded Georgia in August 2008, three months after the Alliance had promised Tbilisi NATO membership (albeit at some unspecified future date), the Allies did nothing to help Georgia. Deterrence had broken down : and Putin no longer believed, or feared, that the West would impose an unacceptable cost for his adventurism.

The same pattern has been repeated in Ukraine. Western leaders have been too ready to say that there is no military solution to the conflict. There is – the Russian army is busy imposing it in Donetsk and Luhansk. The West has become the victim of unilateral deterrence on Putin’s terms : it has limited its action against Russia to measures that will not impose unacceptable costs and will not invite significant retaliation, and Putin has not been deterred at all by small, tit-for-tat steps. Estimates for how much Germany, Europe’s biggest exporter to Russia, may lose from the sanctions imposed so far range from 0.04 per cent of GDP to around 0.25 per cent (the latter figure coming from the business lobby with most at stake in Russia).

On one level this is understandable : European economies are fragile, so even small losses of business in Russia are unwelcome ; and if Russia turned off the gas taps, a few Central European countries would freeze next winter. As for military deterrence, Russia is a nuclear power (and just in case anyone had forgotten that, Putin has warned in two recent statements that Russia is one of the most powerful nuclear nations and that it will surprise the West “with new developments in offensive nuclear weapons”) ; so why would anyone seek to change its behaviour by military means ?

But the breakdown of deterrence is a serious threat to the European order which NATO has defended and the EU has helped to build and has benefited from. NATO and EU treaty obligations end at their eastern borders ; their security interests in stable and prosperous neighbours do not. Though NATO talks of rapid reaction forces supported by pre-positioned equipment and supplies in Central Europe and the Baltic States, this is designed to protect existing allies, not countries like Ukraine and Georgia. Even in exposed countries like the Baltic States, there will be no permanently-stationed NATO forces. Germany and others worry that such forces would breach the NATO-Russia Founding Act of 1997. In this, NATO stated “that in the current and foreseeable security environment” it would carry out its missions without resorting to “additional permanent stationing of substantial combat forces”. Though the security environment has changed beyond recognition, the fear of provoking Russia has not.

The breakdown of deterrence has emboldened Putin to go ever further into Ukraine, while President Obama and others have been at pains to assure him that there is no risk that Russia will have to confront NATO forces there, or even Ukrainian forces with NATO armaments and equipment. An independent, democratic country that has had its problems but always had internal ethnic peace is gradually being dismantled by Russia. And the West, far from supporting Ukraine’s efforts to defend itself, is encouraging it to agree a ceasefire on the aggressor’s terms.

Restoring deterrence in Europe now will be much harder than maintaining it would have been even six months ago. But the longer Western leaders wait, the worse the consequences will be. Putin’s recent speeches, with their references to Russia’s obligation to defend not only Russian citizens abroad but ethnic Russians and “those who feel that they are part of the broad Russian world”, as he said to Russian Ambassadors on July 1st, point to the danger that he will interfere in other countries besides Ukraine. Why, after what has happened (or not happened) in Ukraine, should Putin believe that NATO countries will really deliver on their security guarantees to the Baltic States ? Latvia and Estonia have substantial ethnic Russian minorities ; no doubt Russian intelligence services could stir up enough of them to provide a pretext for some sort of peacekeeping intervention. Would there be unanimity in the North Atlantic Council for going to war to defend Riga or Tallinn ?

The NATO Summit in Newport should borrow some fire from the Welsh dragon and come up with a package of military assistance for Ukraine to make Russia reconsider the costs and benefits of invading Ukraine. The Ukrainians need training, logistics, intelligence and equipment if they are to push Russian forces and their local proxies back. There are Central European allies who still have former Soviet equipment of a kind that Ukrainian troops will be familiar with ; they should send it to Ukraine, perhaps as part of a lend-lease scheme. Germany has decided to send arms to the Kurds, to help them defeat the terrorists of the Islamic State ; it should also arm the Ukrainians to help them withstand the Russian invasion, as should the UK. France should (belatedly) stop the delivery of its Mistral assault ships to Russia ; it is unconscionable to arm the aggressor while refusing to help the victim.

At the same time, the EU should overcome its fear of short-term economic losses and Russian retaliation, and defend its long-term values and interests with sweeping and painful sanctions. Russia’s economy is in as bad a state as that of the eurozone and even less able to adapt to shocks. Even a modest reduction in Europe’s purchases of gas, oil and coal from Russia would have a major impact on Moscow’s finances.

The Union should follow through on the implicit threat in the conclusions of the European Council on August 30th to sanction “every person and institution dealing with the separatist groups in the Donbass”. EU legislation defines as terrorist offences “intentional acts… that may seriously damage a country or an international organisation where committed with the aim of… seriously destabilising or destroying the fundamental political, constitutional, economic or social structures of a country or an international organisation.” By that definition, the groups in the east are terrorists, and the EU should treat them and their backers as such. And it should exclude from European markets any company, Russian or foreign, which does business in Crimea without the permission of the Ukrainian government.

The EU should also take up British prime minister David Cameron’s reported proposal that Russian banks should be shut out of the SWIFT inter-bank payments system. This was one of the most effective sanctions applied to Iran to get it to suspend its nuclear weapons programme. Though Russian officials have talked about setting up a national system outside SWIFT, this would not be easy, and the short-term damage to Russia’s trade and corporate borrowing, as well as the disruption to the lives of high-net worth Russians with large overseas assets, would be severe.

Whatever steps the West takes, Russia will without doubt retaliate. But if the West does nothing, it cannot expect that Russia will allow Ukraine to go back to the status quo ante, or that Putin will be satisfied with annexing Crimea. EU economies will still suffer from the destabilisation of Ukraine, the disruption of trade with it and through it, and conceivably from large refugee flows if fighting continues (the UN High Commissioner on Refugees has reported that this year 20,000 Ukrainians have arrived in one (unnamed) Baltic state alone) ; and the West will be in an even weaker political position to face Putin’s next provocation.

Putin, as he has shown, is prepared to sacrifice a lot in order to dominate Ukraine, including an unknown number of Russian troops already killed in action. As he famously admitted in 2000, he received a negative character assessment in KGB training for his “lowered sense of danger” ; but it is quite likely that at least some of his advisers have a better understanding of the damage Russia could suffer if the West ramps up the economic and military pressure. Germany’s intelligence chief reportedly told members of the Bundestag in July that splits were appearing among Putin’s backers, between oligarchs and security services. Good. To widen those splits, the EU and NATO have to show that they are also prepared to make sacrifices for the sake of the European order. Deterrence can only be restored if the aggressor believes that the defender is ready to tolerate pain as well as inflicting it.