The coronavirus must push Europe to rescue multilateralism 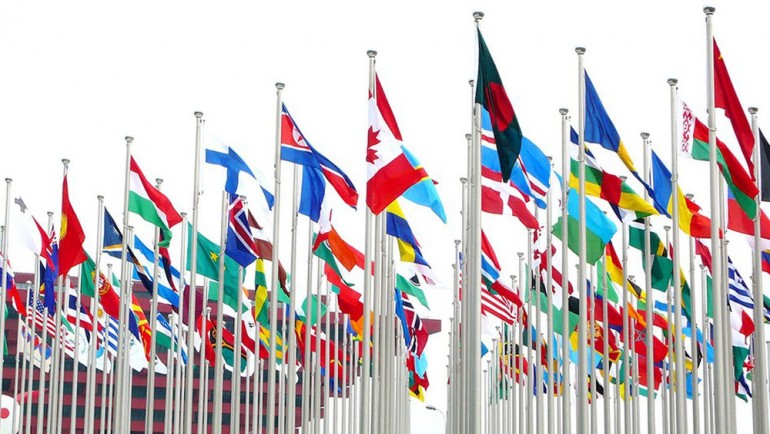 The West is in bad shape. Relations between Europe and the United States are at an all-time low. Russia and the United States are walking away from arms control. The latest casualty came on May 21, 2020, with U.S. President Donald Trump’s decision to abandon the Open Skies Treaty. Moscow and Washington blame each other for its imminent demise. The nuclear nonproliferation regime is almost in tatters, making the world increasingly vulnerable and unsafe. Iran’s and North Korea’s leaders can exploit the global distraction of the new coronavirus to pursue their nuclear program. The global economy will take a long time to recover from the pandemic. In what form is not clear. In the meantime, authoritarian leaders have tried to exploit it to accrue more powers. Closer to home, the European Union’s two biggest members, France and Germany, are desperately trying to cushion the damage that the coronavirus will have on the bloc’s social, political, and economic cohesion. Berlin, Paris, the European Central Bank, and the European Commission are pouring billions of euros into recovery plans. Without such financial assistance, the EU will be in no position to recover or even survive this virus. Financial assistance, however, is not enough to prepare Europe for the day after. Already, the institutions that were built after 1945 with immense foresight by the United States are crumbling or fast losing credibility. From the United Nations and the World Trade Organization to an array of arms control accords, the order that galvanized the West and gave it its authority is being eclipsed. China and Russia need only sit it out—unless Europe acts strategically. This means looking outside in order to build a new, post-coronavirus order based on democracy, shared values, and common aspirations. The EU is not good at exporting democracy or values. As it is, it can hardly get its own house in order. Several member states pay lip service to the rule of law, upholding an independent judiciary, and combating corruption. The EU’s vulnerability is partly due to its own lack of commitment to protecting its values. Despite that, Europe remains an attraction for those seeking freedom, democracy, and rule of law. Just read activist Joshua Wong’s interview to Politico Europe. The leader of the pro-democracy movement in Hong Kong appealed to the EU to slap sanctions on China to preempt Beijing from effectively doing away with the “one country, two systems” principle. Europe will not go down that path. It is too divided over China—besides lacking the courage. But if Europe does want to protect a way of life embedded in a democratic system, it can pursue a global strategy in a number of ways.

First would be to reach out to like-minded countries.

The idea of a community of democracies is not new. But it hasn’t gained traction. Why can’t the EU create a wide grouping—a new kind of Western alliance—to include Australia, Canada, Japan, New Zealand, South Korea, and several African countries. The rhetoric of values and the rule of law however won’t go far without anchoring them on substantial trade deals. Such deals need to be very ambitious in scope. They should include a political and economic willingness to protect democracy and urgently cooperate over cutting carbon emissions.

Second would be to revive arms control.

It’s going to require political leadership to do this, and the new democratic alliance cannot do it alone. It needs the United States but also Russia, China, and other nuclear countries to enter a new arena for arms control. It won’t be easy. There is a breakdown of trust and dialogue across the board. And even though the Trump administration and the Kremlin show little interest in returning to negotiations, that should not stop this new alliance from establishing bipartisan support in the United States to try and find a strategic path back to conventional and nuclear disarmament. The stakes are just too high to allow the current impasse to continue.

Third would be to maintain the momentum for ambitious climate action.

When it comes to climate change, the stakes are also too high. The coronavirus has seen CO2 emissions from electricity in Europe fall by 39 percent. Several European countries, such as France and Spain, are using the pandemic to spur changes in industry and lifestyle, either by reducing internal air travel, speeding up the electric car sector, or setting ambitious goals to cut carbon emissions. That momentum must be maintained. The European Commission seems determined to continue to push its green agenda, which will have a global impact because of its plans to tax carbon. It is not prepared to allow the deal struck at the 2015 Paris climate change conference to die despite Trump’s decision to pull the United States out of it. That’s all the more reason for the Europeans and their allies to reach out to the other United States, the one outside Washington—to cities, mayors, industry, and tech sector—to put climate high on the public agenda. Is any of the above achievable ? It could be, with political will and leadership that goes beyond elites and includes experts and activists, grassroots groups and the younger generations. It’s about a West protecting its democracy and the multilateral system. It’s about not sitting out the coronavirus in the belief that things will return to what they once were.