Time for NATO to Talk About China 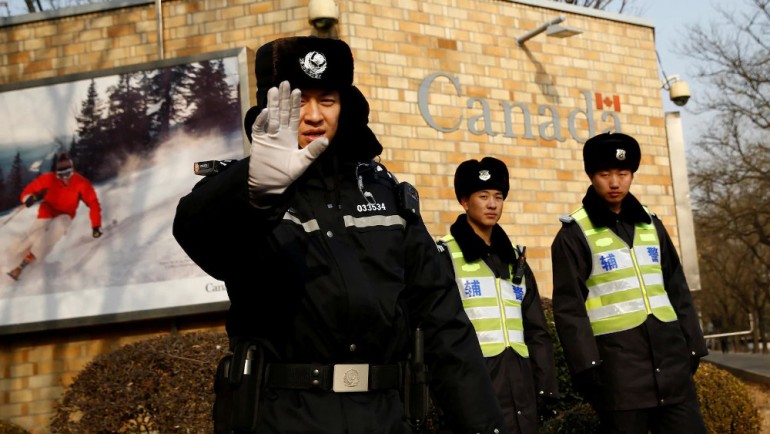 As NATO allies prepare to gather in Washington on April 4 to celebrate the alliance’s seventieth anniversary, looking forward is just as important as reflecting back. Among the multitude of challenges facing NATO—a resurgent and revanchist Russia, deteriorating stability in the Middle East, rising populism in the West, and growing cyber threats—there is also a relatively new one : China.

The backdrop is Beijing’s global rise and growing assertiveness, as well as the Trump administration’s efforts to confront China as a near-peer competitor. The latter was outlined in the new U.S. National Security Strategy. In this rapidly evolving strategic environment, enhancing transatlantic exchange and shared analysis on China is a must.

Most China-related issues are much better off addressed in other formats, such as the EU. Yet NATO—as the central military and political bond across the Atlantic—must also pay more attention from a civilian and a security point of view. The problem is that the alliance’s reflex is to shy away from political discussions on issues from Iran to Syria to Brexit. This does not bode well when it comes to developing a shared strategic outlook, especially regarding China.

There are several reasons for China’s growing relevance to transatlantic security.

China is rapidly stepping up its economic activities in Europe. Some of these investments target strategic assets in Europe. For example, recent Chinese acquisitions of sensitive European advanced technologies have already raised serious questions about dual-use technology transfers to China and the need to better coordinate decisions on investment screening and export control within the transatlantic community.

Beijing is also expanding its physical footprint in and near Europe by acquiring or building infrastructure across the continent as part of its Belt and Road Initiative. For example, Chinese state-owned or state-controlled firms now control 10 percent of European port volume, raising long-term concerns about maritime security and control of key waterways.

China’s growing economic influence can also be channeled into political leverage in European countries. As Sino-American competition intensifies, so will Beijing’s attempts to divide the United States from its European partners. Beijing’s efforts to cultivate ties with Central and Eastern European states using the 16+1 framework, a group of sixteen regional states, is viewed by many in Brussels and Washington as fueling fragmentation inside Europe. Hungary has previously sought to block common EU decisions on issues like the South China Sea dispute. But the challenge is particularly acute for the five non-EU members of the initiative in the Western Balkans, where Chinese influence is even more significant than in the EU.

The Italian government’s willingness to strengthen ties with China is another concern. It will further exacerbate internal splits within Europe. Although the European Commission is currently promoting a common EU strategy toward China, expect these tensions to be at the forefront during next month’s EU-China summit in Brussels. So much for a coherent EU policy vis-à-vis Beijing. The EU has repeatedly failed to react strategically to China’s ability to divide and rule Europe.

The debate on Huawei and 5G in Europe illustrates precisely these dangers. A major worry is that backdoors in Chinese-manufactured infrastructure could make European countries vulnerable to Chinese spying, cyberattacks delivered through the network infrastructure, and overall national security threats. But to date there is no common European approach toward Huawei, with each capital making its own decisions.

This has implications for NATO. Sensitive issues like information-sharing and interoperability of troops on the ground could be affected. China’s espionage activities in Europe are already considered to be on the rise—as seen recently in, for example, Poland, Czech Republic, Germany and Belgium.

Although decisions on whether to do business with Chinese tech companies is not for the alliance to make, NATO must get a better grip on cyber threats. Furthermore, efforts to ensure that Chinese 5G does not become a polarizing transatlantic issue is necessary given intensified U.S. efforts to steer allies away from reliance on Chinese technology. China’s efforts to harness the use of AI for political influence (such as surveillance technology) and in the military domain (such as autonomous platforms) raises serious long-term concerns beyond the Asia-Pacific theater given China’s predilection for exporting such technologies to other countries.

Finally, while it’s important not to over-exaggerate the prospects of a Russia-China nexus, NATO shouldn’t be caught napping by the growing ties between these two authoritarian regimes. Russia and China have already conducted joint naval drills in the Mediterranean, Black Sea, and Baltic Sea. Beijing is also stepping up its activities in the Arctic. In several of these areas where NATO is already confronting Russia, China has attempted to undertake infrastructure projects.

So what does all this mean for NATO ? NATO’s core task for will remain providing deterrence against Russia on the Eastern flank, coupled with stabilization efforts on the Southern flank. NATO unity would certainly not be well-served by importing a growingly toxic transatlantic debate on China.

However, as Washington doubles down on long-term strategic competition against Beijing, its strategic priorities will inevitably be impacted. Washington’s reorientation toward the Indo-Pacific will also require greater European defense spending and security responsibilities closer to home.

On the flipside, as the United States seeks to compete more vigorously against China, having strong alliances with NATO countries will be an even greater asset for Washington. The strategic challenge posed by China’s rise should in theory bring Europe and North America closer together to assert common interests and values in a more multipolar world.

For that to happen, it requires Europe becoming more strategic in its own thinking about China and NATO as an organization beginning to talk about China’s role in the North Atlantic—ideally in close coordination with the EU. There’s no point in having experts on China on hand if the alliance is not going to have serious debates about the strategic and political implications of China’s growing power. Now that would be a good start for NATO’s seventy-first year.