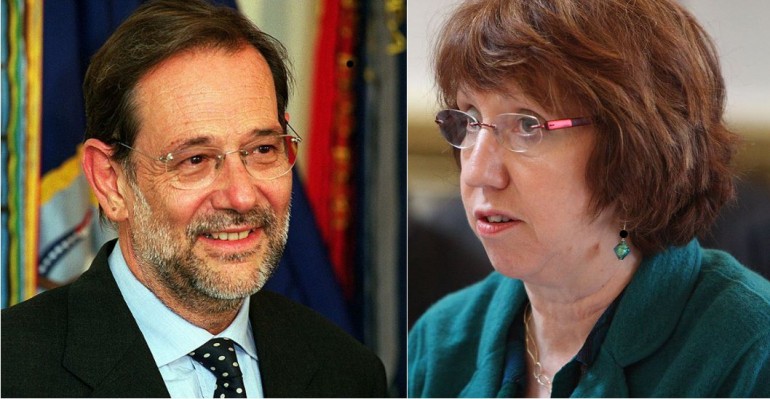 After the controversial nomination of former Luxembourg Prime Minister Jean-Claude Juncker as future European Commission president, the EU now needs to nominate a president of the European Council and a foreign policy chief. These decisions are due to be taken by the next summit on July 16. The choice of the next high representative for foreign policy, whose role is combined with commission vice-president for external relations, is particularly important given the threats to the EU’s values and interests from armed conflict, dysfunctional democracy, and state failure in North Africa and the Middle East, a continuing conflict with Russia, and instability in Eastern Europe. Yet signs are that EU member states are again approaching this nomination in a business-as-usual manner, focusing more on a potential nominee’s gender, political orientation, and geographical origin than on qualifications for the job. But EU leaders must set aside their habitual politicking and summon the courage to appoint an experienced senior foreign policy practitioner. A leader is needed who will not be afraid to take initiatives and who can build consensus among the member states for conflict prevention, conflict management and, when necessary, rapid reaction. The term "high representative" rather than "EU foreign minister" was chosen because of the member states’ squeamishness about creating a competitor at the EU level. However the EU’s foreign policy chief needs to be an established figure whom the foreign ministers of the United States, Russia, China, Japan, India, Brazil, Iran, Israel, Egypt, and other states respect as an equal. The high representative must have the personal skills and authority to persuade member states and fellow European commissioners to mobilize their different policy instruments to further common EU interests. This was why the job was double-hatted with the vice-presidency of the European Commission in the first place. The European External Action Service (EEAS), and the Commission should abandon turf battles and make the most of their complementary assets. The new incumbent should take seriously the Commission side of the job and work closely with the Commission president and colleagues responsible for trade, development assistance, civil protection, humanitarian aid, migration, energy, economics, and finance. This requires a genuine common effort, not just the creation of another committee or cluster. Strong leadership is also required to build up the esprit de corps of the EU’s infant foreign policy bureaucracy, the EEAS. If the EU’s ambition to develop a common foreign and security policy is to succeed, it must do so above all in the EU’s own neighborhood, where its influence is potentially the greatest. A decade ago, the EU declared its intention to create "a ring of well governed states" around the EU through its "neighborhood policy." Events in Ukraine, Libya, Egypt, and adjoining regions show that this policy has failed. The new foreign policy chief’s top priority should be to make a rapid and thorough review of this policy and to propose new initiatives. It would be useful for Juncker, as Commission president, to appoint a commissioner for Wider Europe to take on the daily work with challenging partners in the EU’s neighborhood. This would provide essential support for the high representative, who, by most counts, will have at least three full time jobs. From a transatlantic perspective, it has never been more important for the EU to appoint an interlocutor who does not just represent but who engages on the vital issues of the day. The United States sees the EU as a partner in promoting political stability and good governance in some of the world’s most troublesome flashpoints. European interests are more directly at stake than U.S. interests in many of the areas concerned, and Washington is increasingly reluctant to intervene. This calls for a proactive policy stance from Brussels. The high representative should also keep the political spotlight on negotiations for a new Transatlantic Trade and Investment Partnership. This is the only initiative on the horizon that can boost global competitiveness, growth and jobs in the medium term and should not be allowed to founder. The appointment of a convincing European figure as foreign policy chief will help to confound the image of a continent turned in on itself with declining influence in the world. It will raise the EU’s profile in world politics and enable it to tackle pressing problems in its own backyard. The opportunity should not be missed.