The Baltic Mediterranean Workshop (BMW) is a Think Tank created in 2008 and supported by Finland and France. It aims at facilitating exchanges between the Baltic and Mediterranean Seas in the fields of Science, Culture and Technology. 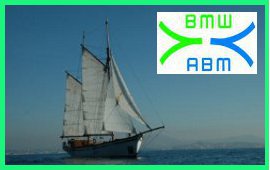 We remind you that your participation is free of charge, but that the registration for the conference, including lunch and dinner arrangements, is imperative. Since limited space is available, early registration is highly recommended. The deadline for registration is March 1st, 2013. PLEASE REPLY to : Balticmed2013@gmail.com

* Gabriel Rebourcet : Marseilles - European Capital of Culture in 2013 and BMW

* Programme présentation : BM as a bridge by Daniel Pardo

* A Reading frame by Daniel Vernet

* A Disparate Homogenisation, some Thoughts around an Oxymoron for Featuring the Baltic Sea Area by Mathieu Chillaud, Tartu University

* The Dead Sea by Sigalit Landau

* "One Sea, Many Religions : Multi-faith Dialogue in the Mediterranean Area Today" by R.P Jean Marc Aveline

Marine Biotechnology will be a central activity when « Horizon 2020 » is launched by the European Commission. An overarching theme is named ‘Blue Growth’, the core activity of which is to explore the large potentials for exploiting the resources in the aquatic environment. The potential for addressing major challenges in Horizon 2020 can be activated by addressing the need for food for the growing world population, developing new and smarter solutions for sustainable farming of organisms in the aquatic environment, and pursuing the development of new biological principles for use in the pharmaceutical and health sector.

* The Reform of Finlands research and innovation system by Esko Lindstedt

* Forward towards a Creative Industry ! by Jorma Routti

* Conclusion by Daniel Vernet with Torger Borresen and Daniel Pardo