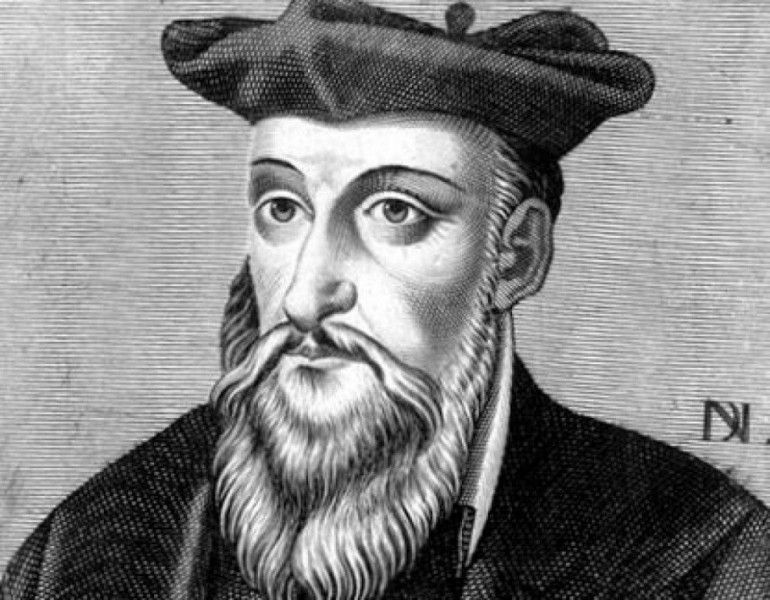 It’s a new year and thus a new opportunity to predict the big events and trends that will shake the world in 2019. We want to get this in early, so you have time to forget what we said by the end of the year. However, lest you think that we have completely forgotten the recently deceased 2018, we have responded to the demands of our trusted ECFR colleagues and graded ourselves on last year’s predictions. With our usual combination of feigned humility and self-delusion, we eked out a score of 7.5 out of 10. We’re clearly on a roll. So, here we present our predictions for the top ten trends (plus one bonus trend) that will occupy European foreign policymakers in 2019. Come back next year to see us try to convince ourselves that most them of were right.

With James Mattis resigning from the US Defense Department, John Kelly leaving his position as White House chief of staff, and H.R. McMaster, Gary Cohn, and Rex Tillerson long gone from their respective posts, all the adults have now left the room. This year will see President Donald Trump finally transfer control of his foreign policy to the only person who has shown him consistent loyalty and in whom he has complete confidence : himself. Expect inconsistency, chaos, and possibly cataclysm. We feel confident in this prediction – though less confident that we will survive to take credit for it.

The new Democratic House of Representatives was elected to take on Trump, implicitly by impeachment. Although the Democratic leadership understands that impeachment will not help Democrats retake the White House, the incoming congressional class will insist on beginning impeachment proceedings in 2019. However, President Trump will not be removed ; in fact, impeachment will not appreciably damage his approval ratings or prospects for re-election in 2020.

It has already become clear that the United States and North Korea had very different ideas about what “de-nuclearisation” meant when they agreed to it at a June 2018 summit in Singapore. In 2019 these differences will burst onto the surface once more and return the erstwhile adversaries to the pre-Singapore days of recriminations, mutual threats of “fire and fury”, and rumours of war.

4. China applies to join the CP-TPP

In 2019 China will seek to join the 11-nation Comprehensive and Progressive Agreement for Trans-Pacific Partnership (CPTPP), which replaced the original TPP the US withdrew from shortly after Trump became president. In doing so, China will seek both to demonstrate that it is more supportive of global order than the US and to shape the CPTPP to its interests.

5. The Ukraine crisis flares up

In 2019 we expect to see more flare-ups in the conflict between Russia and Ukraine, both on land and at sea. Ukrainian President Petro Poroshenko will use the incidents to gain an advantage in the upcoming Ukrainian election ; his Russian counterpart, Vladimir Putin, will use them to boost his flagging popularity in Russia. Yet these flare-ups will not lead to an all-out war between their countries.

6. A global downturn triggers a financial crisis in Turkey

The world economy will not enter a general crisis in 2019. But a significant downturn in global growth will cause crises in countries that are already finely poised on a financial precipice. Chief among them will be Turkey, which will experience a financial crisis and be forced – despite Turkish President Recep Tayyip Erdogan’s pledges to the contrary – to consider an IMF programme.

7. Saudi Arabia reconciles with the US and Europe

In 2019 Saudi Arabia will seek to repair its relationship with both Europe and the US through symbolic acts of contrition over the killing of journalist Jamal Khashoggi, the war in Yemen, and the repression of domestic human rights activists. These cosmetic efforts at reconciliation will stop short of replacing Mohammed bin Salman as crown prince, but Europe and the US will gratefully accept the apology.

The US continues to block the appointment of judges to the appeals court of the WTO’s dispute resolution mechanism. In early 2019, the court will reach a point where it no longer has enough judges to function. Lacking the capacity to make appeals rulings, the dispute resolution mechanism – and, by extension, the wider WTO – will cease to function. Without even a notional check on protectionist behaviour, various states, particularly the US, will start to erode both the spirit and the letter of WTO rules.

In 2019 populists will discover that they are not immune to the discontents of power. Voters will grow tired of populist rule in Poland, where the governing party will incur big losses in local elections, and in Hungary, where protests against the government will continue to grow. But populists will make electoral gains in places where they have not yet gained power : we will see Marine Le Pen’s National Rally in France and the Alternative für Deutschland win record vote shares in the European Parliament elections in May. As a result, anti-integration parties will hold around one-third of the seats in a self-hating European Parliament and will seek to shape the incoming European Commission.

Bonus : Brexit neither succeeds or fails

Predicting Brexit outcomes is like predicting the weather in the United Kingdom : what will happen is nearly impossible to foresee but almost certain to be bad. But, like weathermen, we have a job to do. It is highly unlikely that there will be another general election or a no-deal Brexit. And while a “people’s vote” on leaving the European Union has morphed from a fantasy into a distinct possibility, it is still more likely that the House of Commons will pass a tweaked version of Prime Minister Theresa May’s deal on a second or third vote. However, even if the UK officially leaves the EU in March, negotiations on the end state of relations between the sides will continue for many years to come, and British domestic politics will remain as divided as ever on the subject. Voters will continue to express annoyance that politicians are still talking about Brexit but otherwise offer no useful guidance.