What if Russia, instead of protecting the rule of Bashar al-Assad, had heeded Western, Turkish and Arab calls for him to step down ? The Syrian elite would then face three options : fighting to the death ; finding asylum elsewhere ; or capture, trial and imprisonment. In any case it is unlikely that the regime would have been able to resist international pressure for long.

So what would Russia have lost from the downfall of the Assad regime ? It would have placed strategic interests at risk by creating these possibilities : the loss of Russia’s only Mediterranean naval facility, in Tartus ; the extension of Western and Nato influence into the Levant ; the isolation and weakening of Iran in the region, making it more vulnerable to attack from Israel or the United States ; the empowerment of Islamist movements in south-west Asia ; and the loss of a relatively minor but still valuable arms markets.

In response to Washington’s adventurism Russian foreign policy specialists and diplomats have often emphasised that the Middle East is geographically much closer to Russia than it is to the United States and the ripples of instability can easily drift to Russia’s fragile south.

Another point less often noted is the importance of the historic intelligence and security relationship between Moscow and Damascus. In Soviet times the KGB, alongside its Romanian equivalents, helped to train, structure and equip the Syrian mukhabarat, or secret police. Methods of interrogation, informant networks, torture practices, and the setting up of multi-layered spying agencies were inspired by Soviet techniques.

After a brief lull in the early 1990s, relations between Russian and Syrian secret services revived towards the end of the Yeltsin era and became more active in the build-up to the invasion of Iraq in 2003.

Most recently, when Sergei Lavrov, the Russian Foreign Minister, visited Damascus in the midst of the Syrian crisis in February, media attention was pricked by another official in the delegation : Mikhail Fradkov, the head of Russia’s foreign intelligence service. Commentators in the Middle East were baffled why Moscow would send a top security official on a peace mission intended to persuade Assad to implement democratic reforms.

Intelligence co-operation between Russia and Syria is one facet of a complex strategic relationship in which Russia’s past and its current position in the world are deeply rooted. For more than 200 years the challenge for Western powers has been to contain Russian/Soviet expansion. Russians have grown to believe that the West’s goal is to fragment their country and strip it of great power status. For many Russians it is the United States that is the expansionist power.

This perception has been reinforced under Putin, particularly since 2005, and is widespread today in the Russian media. Nato is perceived as the main instrument for US expansion. Russian critics of Western policy cite a list of examples : the bombing of Serbia and support for Kosovo’s independence ; Nato expansion into Eastern Europe, and tacit Nato ambitions to incorporate Georgia, Ukraine and even – according to some – Jordan.

A continuing sticking point has been a proposal to extend a US missile defence shield over Nato’s central European allies. Although this is officially based on bilateral arrangements and is not a specific Nato project, it has been presented as further proof of the alliance’s anti-Russian manoeuvres.

The Syrian uprising gathered pace in the year preceding the Russian presidential elections when Putin was hoping to return to office after a four-year hiatus as prime minister. He never actually relinquished power, but his position had become more insecure, with opposition forces becoming more vocal. Having lost the support of liberal reformers who saw Russia as part of the Western family, Putin became more dependent on nationalists and Soviet apologists. He also had to rely on the security apparatus.

It was always unlikely that Putin, during the run-up to the elections, would risk losing a guaranteed chunk of public opinion and the backing of a security apparatus that is more comfortable in the company of like-minded counterparts in the Middle East. Despite some predictions that Putin would soften his stance after his election victory, Moscow has remained steadfast in its support for the Assad regime. Putin will continue to rely on these important constituents during this fragile phase of his presidency.

Russia’s support for Assad has long-term cost implications, however. These include : further complications in the relationship with the West ; deteriorating relations with Gulf Arab and other Sunni Muslim countries ; a potential rise in hostility towards Moscow from Muslims within the Russian Federation ; and a global perception of Putin as the remnant of a bygone era rather than a renaissance man.

Russia’s chosen path of endorsing Assad was clearly made more attractive by the perception in Moscow of a weak and hesitant US administration under Barack Obama. But this is dangerous. Despite Russian support, the survival of the Assad regime is not guaranteed. And this backing means that the restless and ambitious Arab youth now have a tarnished image of Russia, wiping out many decades of regional endeavour and investment by Moscow.

Putin’s chief political achievement, to create the illusion that Russia without him would be doomed to become a weak, fragmented and subservient state, is hazier now. His failure to include the transformational aspirations of techno-savvy Syrian youth in the cost-benefit equation may have long-term significance for Russia’s own restless and ambitious urban youth. Their most popular slogan is ‘Russia without Putin !’ 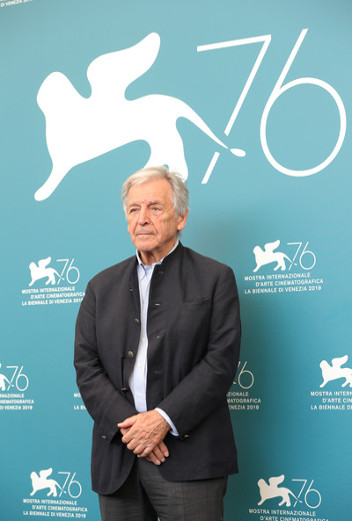