Russia-Europe Relations Depend on Moscow Confronting the Past 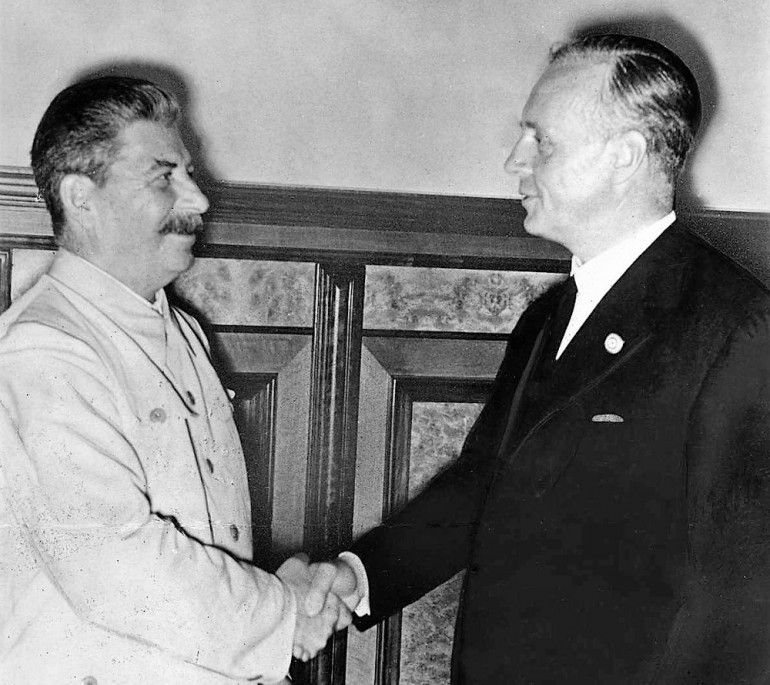 To mark the eightieth anniversary of Nazi Germany’s attack on the Soviet Union, Russian President Vladimir Putin wrote a commentary in the German weekly newspaper Die Zeit. Putin’s commentary is an attempt to woo Germany back to its once-cozy relationship with Russia, blame NATO expansion eastward for undermining European security, and point the finger at the United States for the “armed coup” in Ukraine in 2014. With a German audience in mind—and especially with German Chancellor Angela Merkel and French President Emmanuel Macron now anxious to reset EU relations with Russia—Putin presses all the right buttons.

He praises how West Germany “concluded the deal of the century” by agreeing to a long-term gas deal with the Soviet Union back in 1970. It was, he wrote, the foundation for “constructive interdependence” despite serious misgivings and criticism by the United States. The controversial Nord Stream 2 pipeline that brings Russian gas directly to Germany via the Baltic Sea is a continuity of that interdependence, which U.S. Secretary of State Antony Blinken criticized during his talks with Merkel in Berlin on June 23.

As for NATO, Putin lashes out at the U.S.-led military organization for expanding to Eastern and Central Europe during the late 1990s and onward. “Many countries were put before the artificial choice of being either with the collective West or with Russia. In fact, it was an ultimatum,” Putin wrote. Actually, these countries that were once under the Soviet yolk weren’t forced to join NATO. They chose to apply because they wanted security. They didn’t trust post-1989 Russia.

And finally, Putin repeats an old plea that plays into the hands of those who want to end the transatlantic relationship and the NATO security umbrella. Putin’s oft-repeated version of a Europe whole, free, and united is one based on creating a “common space of cooperation and security from the Atlantic to the Pacific Ocean.” It would “comprise various integration formats,” including the European Union and the Moscow-initiated Eurasian Economic Union.

Putin’s words chime well with many German Social Democrats who still yearn for Ostpolitik. This policy, devised during the 1970s, was aimed at stabilizing relations between West Germany and Moscow through economic, energy, and political ties. It was hoped that Russia would somehow become integrated into Europe. Despite the fact that Russia is the EU’s fifth largest trading partner and the EU constitutes Russia’s biggest trading partner, these trade relations are not matched by any kind of stable political relationship, cooperation, or trust. It is the opposite. Putin blames the United States for the “unconstitutional armed coup in Ukraine” in 2014 which “European countries weak-heartedly support[ed].” The pro-democracy movements that wanted to rid Ukraine of corruption and rigged elections get in the way of that interpretation.

According to Putin, the United States—with some support from Europe—“provok[ed] a split within Ukraine and the withdrawal of Crimea.” The fact that Russian-backed militia forces invaded parts of Eastern Ukraine in 2014 and are still there is ignored. So is the historical fact that Russia illegally annexed the Crimean Peninsula in early 2014. Forget too how Russia invaded Georgia in 2008 and annexed Abkhazia and South Ossetia, or how it still has troops in the Moldova region of Transnistria. There are other examples of political amnesia which make it so difficult to forge a relationship—one that goes beyond trade—between Russia and Europe. From cyber and chemical attacks and murders of opponents in Germany and the United Kingdom to poisoning Putin’s arch critic, Russian opposition leader Alexei Navalny, and silencing critics back home, Russia’s leadership is in denial about the present and the past. So when Putin writes about defeating Nazi Germany at the tremendous cost of to the Red Army and civilians, for Central and Eastern Europeans, especially Belarus and Ukraine whose peoples were ruthlessly murdered by the Nazis and the Red Army, defeat of the Wehrmacht was not liberation but occupation. If it had been liberation, why did the East Germans rise up in 1953, the Hungarians in 1956, and the Czechoslovaks in 1968 ?

This is the crux of Russia’s relationship with Europe. The current leadership in the Kremlin has selectively rejected large parts of its past. Organizations such as Memorial that try to investigate the Stalinist crimes, or others who want to understand their country’s past, are obstructed from doing so. In Russia, this past is off limits. After 1945, aspects of the past—especially collaboration with the Nazis—were off limits for several Western European countries, while East Europeans were prevented from dealing with the past. Aspects of the Holocaust, Jewish deportations, enforced exile of ethnic communities, and Stalinist trials and executions were off the agenda. The Soviet occupation imposed the Soviet view of history. History and narratives are changing and being rewritten across Europe. These efforts are immensely painful. But over time they generate trust between countries and peoples.

Perhaps the single greatest intellectual and historical deficit of Putinism is the unwillingness to deal with the past. Moscow’s acknowledgement of past mistakes could do wonders for generating trust between Russia and its neighbors. This in turn could change the Russian narrative of post-1945 and post-1989 Europe. Until that happens, any reset between Europe and Russia or between Russia and its neighbors will be incomplete, unstable, and unpredictable.

Carnegie does not take institutional positions on public policy issues ; the views represented herein are those of the author(s) and do not necessarily reflect the views of Carnegie, its staff, or its trustees.