Turkey must act on Syria

As the world watches the obliteration of the Syrian city of Homs and the crisis spills into neighboring Lebanon, it is time to ask what separates great powers from small powers. Turkey’s international star has risen steadily over the past few years, with Prime Minister Recep Tayyip Erdoğan being lionized in many Middle Eastern and North African countries, and Foreign Minister Ahmet Davutoğlu traveling the world as the representative of an increasingly influential power. Indeed, Turkey and Indonesia have joined the BRICs (Brazil, Russia, India, and China) on the list of the most important rising global players.

Now, in Syria’s carnage, Turkey is facing a critical test of its regional and global aspirations. It is time for its leaders to stop talking and start acting.

Davutoğlu first raised the idea of establishing a buffer zone for the Syrian opposition on the Syrian-Turkish border three months ago, when the Syrian death toll was roughly half of what it is now. By mid-November, Erdoğan was the second regional leader (after Jordan’s King Abdullah) openly to call for Syrian President Bashar al-Assad to step down. At the end of November, Davutoğlu again confirmed that the Turkish government was mooting various relief plans, including the possibility of a buffer zone.

Yet the only real action since then has come not from Turkey, but from the Arab League, which sent in monitors and formulated a plan for a political transition in Syria. After Russia and China vetoed that plan at the United Nations, and with Syrian forces around Homs (and Zabadani) giving every indication that they intend to flatten everything in their path, Davutoğlu proposed holding a conference “as soon as possible” to “promote international understanding with all countries concerned.”

A conference ? Turkey is essentially proposing more talk, again delaying doing something that would make a difference on the ground.

Killing is never to be undertaken lightly. The Turks have many reasons to worry about the consequences of sending their soldiers into Syria, even for the most demonstrable humanitarian purposes. Turkey and Syria still have border disputes ; for many Syrians, scenes of Turkish troops crossing the border, even behind lines of Syrian opposition fighters, would rally nationalist pride and strengthen Assad’s narrative of foreign-inspired terrorism and insurgency.

Yet Turkey is in the best position by far to demonstrate to Assad that the international community is serious about stopping the killing. Working closely with local coordinating committees, it should provide logistical, intelligence, weapons, training, communications, and even air support to help the Free Syrian Army establish no-kill zones along Syria’s northwest border.

In particular, Turkey could help the FSA to cut the Syrian army’s lines of communication, and deny government forces access to entire areas through the coordinated use of early-warning intelligence and anti-tank and anti-aircraft weapons. The FSA might then be able to isolate local Syrian army commanders and try to negotiate truces and defections, ultimately building a defensible chain of population centers. If that strategy fails, Turkey and Arab League states would have to contemplate sending in ground troops, with extensive logistical and intelligence support from NATO.

Turkey is currently on the spot, but the larger lesson applies far beyond Syria and, indeed, the Middle East. Power stems not just from size, strategic location, a strong economy, able diplomacy, and military capacity. It also requires the will to act - the understanding that true leadership means the courage to take and implement even decisions that are deeply unpopular in some quarters.

The United States has sometimes been too ready to turn to force. The invasion of Iraq, without compelling evidence of weapons of mass destruction, international legitimacy, or sufficient preparation for the responsibilities that would follow, is a stark reminder of the human and material cost of plunging into war.

On the other hand, President Bill Clinton’s decisive action with regard to Kosovo in 1999 saved a country, just as NATO’s intervention in Bosnia four years earlier brought the parties to the table and stopped the killing. Similarly, Britain’s willingness to place troops off the shore of Sierra Leone in 1999 helped to end a horrific conflict within weeks, and France’s intervention in Côte D’Ivoire last spring, under a U.N. mandate, stopped a post-election civil war that was rapidly spinning out of control.

Australia’s willingness to send troops into Timor-Leste in 1999, again under a U.N. mandate, may have not only saved that country, but helped transform Indonesia as well. Indeed, one sign of Indonesia’s rising influence is that its army - which had terrorized and massacred East Timorese - could be called upon today in the service of human rights in its region. Likewise, Brazil’s decision to send troops into Haiti in 2004 as part of a U.N. Stabilization Force burnished the country’s image as a responsible regional power.

Syria is a far more dangerous assignment than Haiti, to be sure, but if, say, the government of Paraguay or Uruguay were brutalizing its citizens on a mass scale, the world would rightly look to Brazil to lead a response. In Africa, Nigerian troops have often played a critical role under the mandate of either the African Union or the Economic Community of West African States.

States that are eager to enjoy the trappings of great-power status - the deference accorded their diplomats, high-level global parlays abroad and important diplomatic conferences at home, and the assumption that they must be consulted on major events or crises in their regions - must accept the burdens that go with it. They must be prepared not just to talk, but to act. 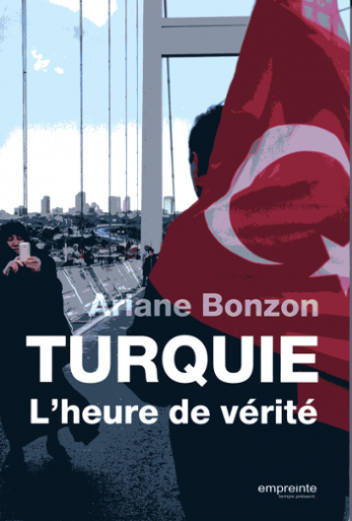