Ukraine and Estonia on the Front Line 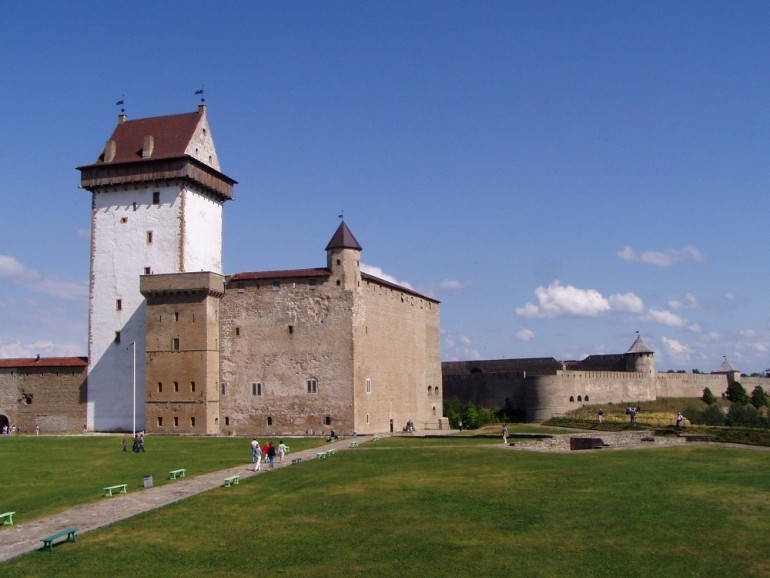 The ceasefire in Ukraine represents a tactical success for Moscow in consolidating control over the eastern regions held by the Russian-backed separatists. One of President Vladimir Putin’s overall objectives – maintaining indirect control over the future course of Ukrainian foreign policy – is now closer to achievement. The ceasefire was agreed swiftly after several false starts. Ukraine, on the back foot in the face of new Russian military pressure, appears to have seen the urgency of ending the fighting to avoid losing more territory. But implementation of the ceasefire agreement, and the way it is observed by both sides, is key to how the next stage in this confrontation will unfold. As so often throughout this crisis, there are important lessons to be learned from events in Georgia six years ago. Then, a ceasefire agreement was carefully drafted by Russia and hurriedly agreed by Georgia, under pressure from then French president Nicolas Sarkozy. The loose wording of the text subsequently allowed Russian troops free reign over large swathes of Georgian territory, despite consistent protests from the West that this was in breach of the spirit - not the letter - of the agreement. The ceasefire signals a new era of division in Europe. The line that division follows is potentially fragile.

Immediately before the NATO summit last week, US President Barack Obama visited Estonia and made a rousing speech promising protection for Russia’s NATO neighbours. You cannot redraw borders at the point of a gun, he said. Unfortunately, President Putin knows very well that yes, you can. Because he has done so twice in the last six years, in Georgia and Crimea. The cross-border kidnapping of an Estonian security service officer during the NATO summit, and his parading as a captive in Moscow, demonstrates that in what Russia considers its own neighbourhood, it intends to play by its own rules. Details of the abduction are still murky, and the response by the Estonian authorities has been calm, measured and responsible. But the snatch operation is reminiscent of the early years of the Cold War, when US and British service personnel were regularly kidnapped by Soviet intelligence officers when the opportunity arose. On this occasion, the intent may be a public demonstration rather than an intelligence-gathering exercise. But in either case, it is yet another example of behaviours which by European standards are prehistoric, but which are still embraced by Russia.

NATO has belatedly started to make preparations for addressing these behaviours. Critics say that the NATO ‘spearhead force’ announced at the summit is no more than a repackaging of existing response forces. But if it provides a faster, more agile response to crises by NATO, this is still progress. Nevertheless, once again Russia still appears to be several steps ahead. The Russian military has been conducting exercises involving tens and hundreds of thousands of troops, vastly out of proportion to what NATO may be willing to muster. Among the exercise scenarios is a sea and air blockade of the Baltic area - in other words, thinking ahead to pre-empt deployment of any NATO force there during a crisis. The theory of a small force to act as a tripwire in NATO’s most vulnerable areas falls down if there is no opportunity to lay the tripwire in the first place. Russian objectives have not changed. What is new is President Putin’s new military capability to reach for them confidently, after more than a decade of massive investment in the Russian armed forces. And the Estonian abduction also shows how for the front-line states, internal and external security in the face of Russian hybrid threats are intertwined. Defence against the multi-faceted tools of subversion and influence used by Russia requires not just a military response, but full-spectrum defence encompassing information security, law enforcement, financial intelligence and more. The support in countering these threats which was promised by Barack Obama in meetings with regional leaders in Warsaw in June is needed urgently. The announcement of NATO’s spearhead force is an encouraging political step. But far more needs to be done, and urgently, to contain new threats if lasting security for Europe in the face of Russia’s new confidence is to be an achievable reality rather than an ambitious promise. Despite the missed opportunity of the summit in Wales, NATO still needs to show convincingly that it is not a paper tiger, and would in fact respond appropriately to Russian infringements of its member states’ security. Sensitivities persist over the NATO-Russia Founding Act of 1997, and its limitations on NATO’s ability to reinforce new members’ security with substantial combat forces. What is almost always overlooked is that the Founding Act also placed obligations on Russia, such as force reduction, arms control, and refraining from the use of force, which it has flouted for years. Also, and conclusively, those NATO commitments were made for ‘the current and foreseeable security environment’. Only a percipient few would have foreseen Russia’s latest actions as far back as 1997, so this clause is surely now null and void. There should be no artificial or self-imposed limitations on NATO’s willingness to safeguard all its members equally.